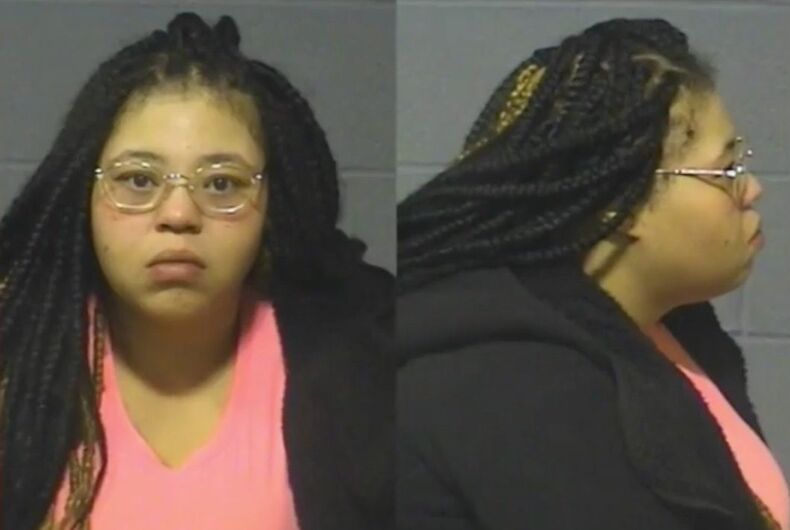 28-year-old Destiny Waite has been arrested after a domestic violence altercation with her girlfriend turned deadly. Waite threw a flaming bottle of hand sanitizer at her partner and caught the apartment building on fire.

Flames shot through the Hartford, Connecticut building in the early morning hours, leaving one man dead and dozens had to be rescued. Four other people were sent to the hospital with critical injuries.

Over 75 firefighters responded as the fire tore through the apartments. Firefights rescued over 40 frightened tenants who were clinging to window sills to avoid the smoke and flames.

Waite was arrested hours after the fire. She has been charged with felony murder, arson, and four counts of first-degree assault for the people who were sent to the hospital.

Her attorney argues that she wasn’t at the scene of the crime and hadn’t been there for days. The attorney claims that Waite’s girlfriend caused the injuries to herself and blamed Waite.

One in three women and one in four men have been physically abused by an intimate partner in their lifetimes and on a typical day, domestic violence hotlines nationwide receive about 20,800 calls.

A 2014 study found that “21.5 percent of men and 35.4 percent of women living with a same-sex partner experienced intimate-partner physical violence in their lifetimes.” Transgender respondents had an incidence of 34.6 percent over a lifetime according to another survey.

A National Intimate Partner and Sexual Violence Study conducted in 2011 stated that LGBTQ communities of color are one of the demographic groups experiencing the highest incidents of domestic violence.