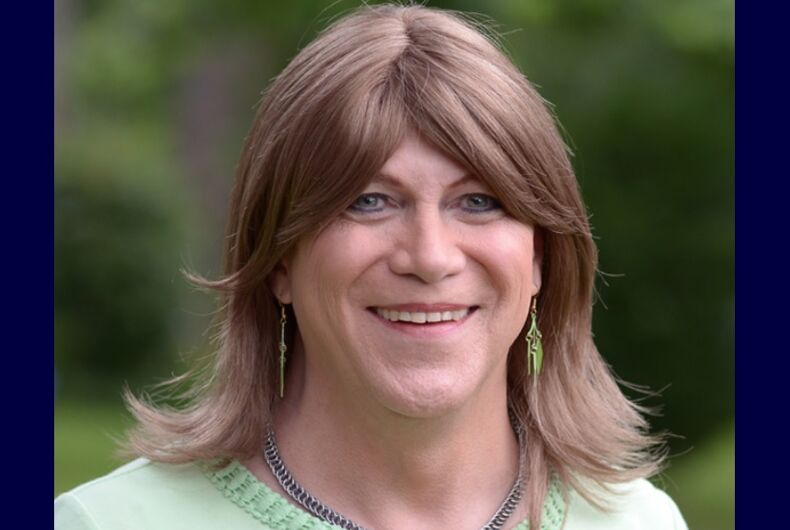 A Georgia Democratic lawmaker has come under fire after he allegedly told a transgender woman that she “might be a man one day and a woman the next.”

Doraville, Georgia City Councilwoman Stephe Koontz is the first out transgender person in elected office in the state of Georgia.

She said that she was in the state’s Capitol on Tuesday and she tried to have a discussion with Rep. Vernon Jones (D) about why he was supporting anti-immigrant legislation.

The conversation quickly became heated, according to Koone, and she said he started to rant “about how LGBTQ rights are not civil rights.”

“You might be a man one day and a woman the next, I don’t even know who you are,” Jones allegedly said. Jones told the Atlanta Constitution-Journal that his “recollection of the conversation is different” but did not explain further.

Now the Democratic Party of Georgia is calling on Jones to apologize.

State Sen. Nikema Williams (D) is among the Democrats who believe he should apologize.

“I urge him to learn from our LGBTQ community, and commit to leading with inclusion, not division,” she said.

In a statement, the vice-chair of the state’s LGBTQ Caucus said that what Jones allegedly said is “hateful.”

“We call upon him to apologize publicly and to meet with the caucus,” vice-chair Patricia Lassiter said. “There is no place for transphobia or homophobia in our party.”

Trans man died after being shot in the face. Then police misgendered him.

We’re a gay couple that travels the world. Here’s what that’s taught us about coronavirus.