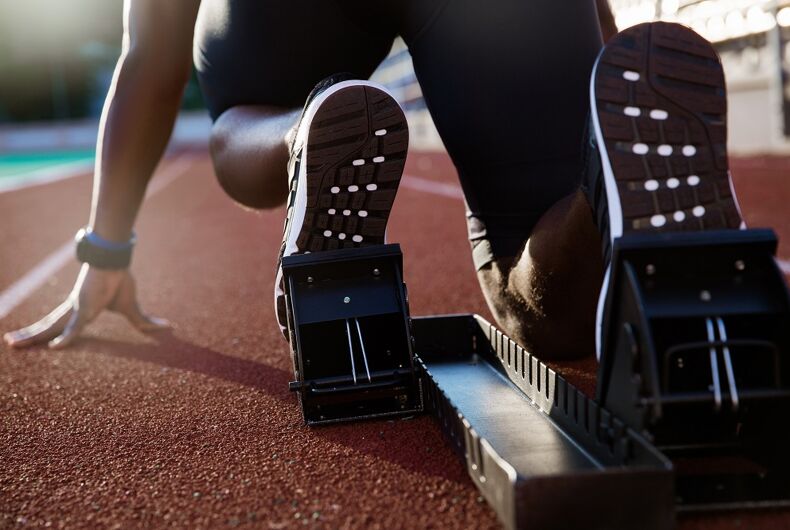 Irish track and field star Denis Finnegan came out as gay this week in an interview with Outsports.

Finnegan, a 10-time national champion in triple jump, spoke on Cyd Zeigler’s Five Rings To Rule Them All podcast about his hope that coming out can help young LGBTQ athletes.

“For younger people it will hopefully give them more confidence in what they’re doing,” he said. “There are still people who are scared or unsure of what’s happening, so I hope just telling my story might help one person notice there’s more acceptance out there.”

This feeling of fear, Finnegan explained, is what led him to track and field in the first place. The sport often involves practicing with a mix of genders, as well as individual competitions, which made it easier for him to avoid the intimidating, hyper-masculine world of men’s team sports.

Track and field, he said, felt more welcoming and was a place he never had to worry about feeling bullied.

“I think those sports, because they were a team sport with males, there were times when it wasn’t comfortable,” Finnegan said. “Athletics was always my favorite sport, it was always the sport that was the one that was the most open. I’d be training with girls, I’d be training with guys, and I think that did help a bit. I was never worried about any kind of comments on the track. But when I was going for, say, football, it was more of an issue.”

Finnegan has been coming out slowly for many years – first to family and friends and now to the public.

He is lucky, he said, that his family has embraced him with open arms, but that didn’t stop his fear of telling them. He had built up in his head the worst-case scenarios. He didn’t want his relationship with his family to change.

“You just go to the worst absolute place that something can be,” he said.

For a while, he said, he was able to compartmentalize, and it didn’t occur to him that coming out as an athlete was something he needed to do.

“While you’re competing all those years,” he said, “it was just never to the forefront of my mind that this was something I needed to do, and I think the older I get the more I realized that actually no, it’s just very important that actually we do get it out there.”

He has come to terms with the fact that his athletic career won’t last forever, and he wants to take advantage of the audience he has now.

“It’s about using the platform when I can to show that this is out there, that I’m out there, and that hopefully just helps someone out there.”

Finnegan also said that coming out is always going to seem scary, and it only stops feeling that way after it’s done.

“There’s many people out there that are there to help you,” he said, “and will give you a good response. And for me it has been an overwhelmingly positive response, so I hope that if there is people out there struggling and if they’re listening to this.”