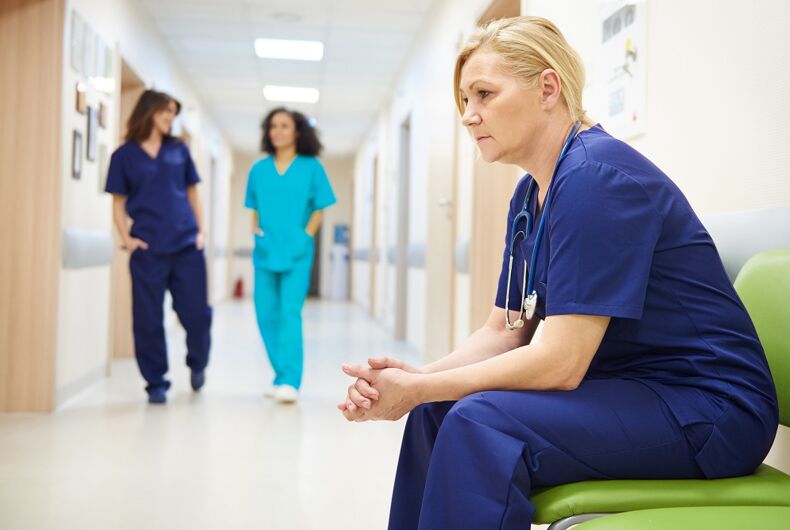 New National Health Service (NHS) rules set to go in effect in April will allow NHS staff to refuse non-emergency care for patients who harass or bully them, which includes discriminatory remarks.

The NHS is the U.K.’s nationalized health care system, and it employs nearly three-quarters of the nation’s health care workers (around 1.6 million workers).

Currently, workers can refuse non-emergency care to patients who are violent with them. But on Tuesday, Health Secretary Matt Hancock told NHS staff that “no act of violence or abuse is minor.”

“Being assaulted or abused is not part of the job,” he said, Sky News reports. “Far too often I hear stories that the people you are trying to help lash out. I’ve seen it for myself in [ERs], on night shifts, and on ambulances.”

Hancock also announced that a new arrangement with law enforcement agencies will make it easier to prosecute hate crimes where NHS workers are the victim.

“All assault and hate crimes against NHS staff must be investigated with care, compassion, diligence, and commitment,” he said.

The move follows a 2019 survey that showed that over a quarter of NHS workers had been bullied or harassed in the previous year.

The guidelines are a far cry from the Trump administration’s attempts to allow health care workers a religious exemption to rules that require them to treat patients.

The U.S. Department of Health and Human Services in 2019 issued a rule that would have expanded religious exemptions for health care workers, and it was overturned by three judges in three separate federal challenges before it could be implemented.

“An ambulance driver would be free, on religious or moral grounds, to eject a patient en route to a hospital upon learning that the patient needed an emergency abortion,” wrote U.S. District Judge William Alsup in one of the rulings against the Trump administration rule. “Such harsh treatment would be blessed by the new rule.”

The judges decided that the rule violated numerous federal laws, including the ban on patient-dumping and some procedural rules.

The problem with Michael Bloomberg isn’t what you think