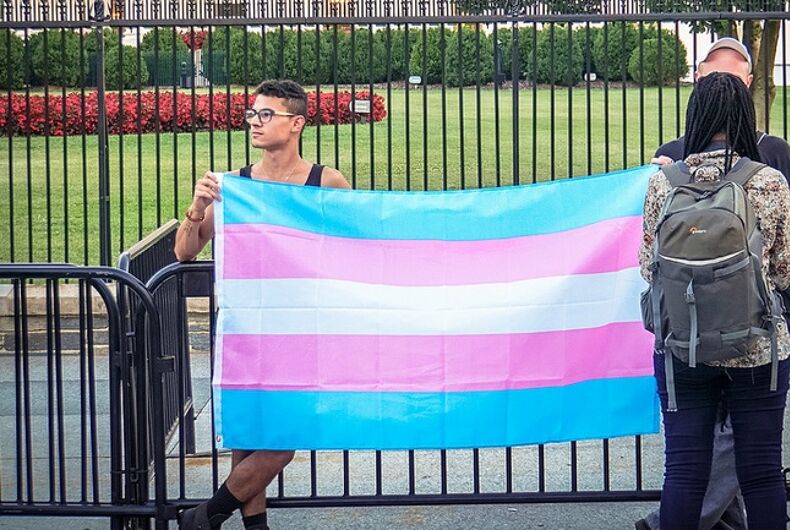 A professor in Ohio who was involved in a highly publicized case where he claimed a free speech right to misgender transgender students has lost his case.

Nicholas Meriwether is a professor of Religious Philosophy at Shawnee State University in Ohio, a public school. In his complaint, he said that a transgender student asked him to refer to her with “she” pronouns and signifiers: “ma’am” instead of “sir” and “Ms.” instead of “Mr.”

Related: A nonbinary teacher was disciplined for trying to explain their pronouns to students

Instead of complying Meriwether chose to call her by her last name only. He got an informal warning and a written warning for violating the school’s non-discrimination policy.

He argued, though, that as “a Christian,” it was his “sincerely held religious belief, based on the Bible’s teachings, that God created human beings as either male or female, that this gender is fixed in each person from the moment of conception, and that it cannot be changed.”

Meriwether sued with help from the SPLC designated hate group Alliance Defending Freedom, saying that his free speech, freedom of religion, equal protection, and due process rights were violated.

But a federal trial court just dismissed his claim, saying that misgendering others is not free speech protected by the First Amendment, and his other claims did not have merit, referring to an earlier magistrate’s decision for its reasoning.

That decision said that government employees, like Meriwether, have limited free speech rights when they are performing their jobs and that the First Amendment doesn’t protect them from disciplinary proceedings.

Moreover, he wasn’t stating his point of view on a political matter, as he argued, because using a person’s correct pronouns “cannot reasonably be construed as having conveyed any beliefs or stated any facts about gender identity.”

“Since this lawsuit began, transgender students have been worried that they would have to start skipping classes or avoid particular professors because Shawnee State would no longer be able to effectively address bullying, harassment, and mistreatment of transgender students,” said Jae Keniston, the president of Shawnee’s LGBTQ organization SAGA, in a statement.

Alliance Defending Freedom said that the case was about a Christian professor who was facing discrimination because of his religious beliefs and that the case challenged Shawnee State University’s “an assembly line for one type of thought.”