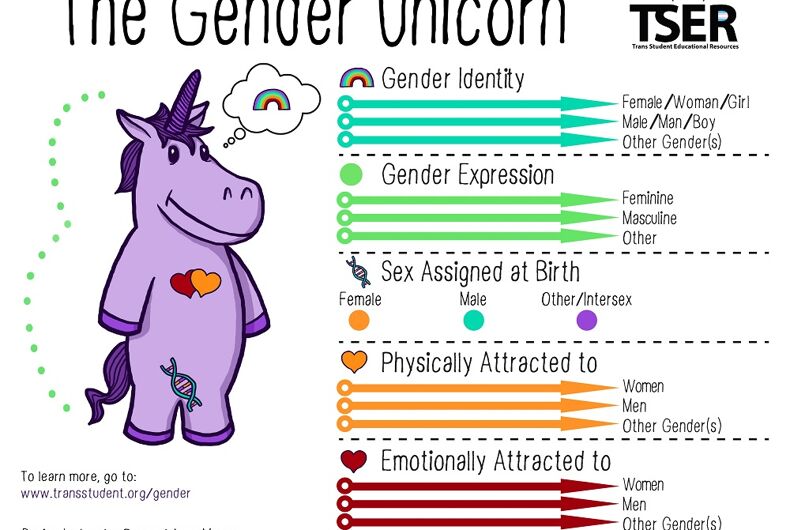 A California middle school teacher was disciplined for handing out a worksheet about gender.

Luis Davila Alvarado is a science teacher at Denair Middle School near Modesto, California. They use the honorific “Mx.” and wanted an age-appropriate way to explain that to students, so they handed out a graphic of the Gender Unicorn.

The Gender Unicorn, similar to the Genderbread Person, is distributed by Trans Student Educational Resources to help explain gender and sexuality terminology.

Alvarado had already handed the graphic out to their first class, but the school principal stopped by for a visit during their second period class and stopped them from handing it out again.

Related: Parents were outraged over a non-binary teacher, so the school removed them

Superintendent Terry Metzger told the Modesto Bee that the school teaches about gender identity in compliance with state law, but in health class instead of science class.

“The principal and I have spoken with the teacher about why we believe this was a poor decision,” she said. “Any discipline is a private matter between the district and employee.”

Some parents were upset on the paper’s Facebook page.

“As a parent protecting our child from anything is our job!! My child received this in school I would sue the County School District!!!!” wrote Kelly Travis Everhart.

“So the problem is that it came from a science teacher instead of a health/sex ed teacher?” wrote Colleen Murray-Ellis. “Kids are more sophisticated these days thanks to this age of information. I see no harm in educating them about diversity if it helps them be more open minded and understanding when they meet others who seem different to them.”