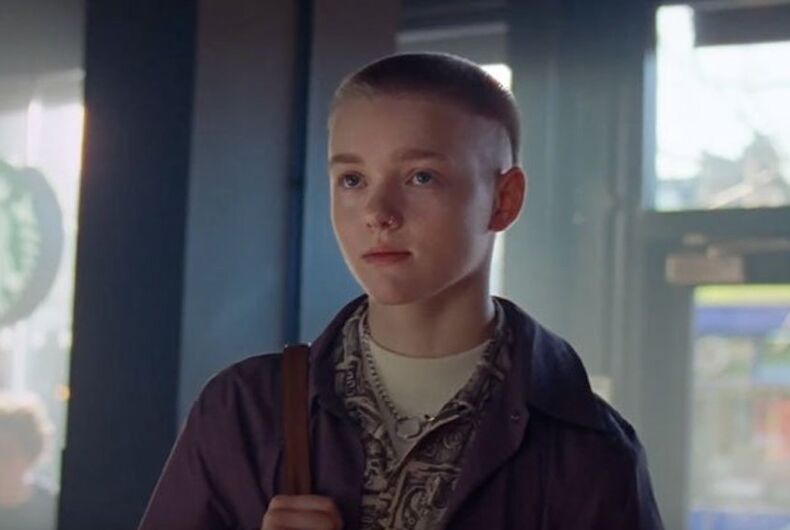 Despite the touching new Starbucks ad about a trans teen changing his name, trans employees of the international coffee chain said that they’ve encountered troubles with company software deadnaming them, co-workers outing and misgendering them, and the employee insurance not covering transition-related surgeries, even with the company’s trans-inclusive workplace policies.

Tucker Jace Webb — a transgender employee from Denton, Texas — said the company refused to update his name in their software unless he underwent a legal name change (something which can be costly and time-consuming).

Related: Starbucks fired a trans manager after a cop complained on Facebook about her employee

He said a high-ranking employee also outed him as trans to co-workers even though he asked them in his interview to keep it private.

When he was transferred to a new location, another co-worker did the same thing. Only when he complained about the incidents on social media earlier this month did Starbucks personally reach out to him to apologize and promise to address the issues.

“This has been going on for so many months,” Webb said, “and no one said anything until I tweeted about it.”

starbucks wouldn’t let me change my name on my login unless i legally changed it. they have also denied multiple trans employee’s request for gender confirming surgery. i have been outed by every manager about my trans identity without my consent. https://t.co/VawEUiWERJ

Two other transgender employees — Elaine Cao and Jamison Schwartz — said that the company’s insurance refused to cover their bottom- and top-surgeries, respectively. Cao said a supervisor angrily chastised her after she reported him to corporate for deliberately misgendering her.

Although her supervisor later quit, such retaliation makes it hard for trans employees to feel safe at work after demanding the respect they’re guaranteed by workplace policies.

Webb said the company seems to have trouble implementing its trans-inclusive policies at the store-level. Cao said that training should more adequately cover trans issues as employees and supervisors may overlook these policies otherwise.

Their complaints came out after Starbucks recently aired its heartwarming commercial showing a trans customer having their correct name used by a Starbucks barista after repeatedly being deadnamed by others.

Here is the ad:

Starbucks told Buzzfeed News that they do not comment on individual cases but that they are reaching out Webb and the others.

“We take great pride in providing a warm and welcoming environment for everyone, and intentional misgendering is not acceptable conduct at Starbucks,” a spokesperson for Starbucks said.