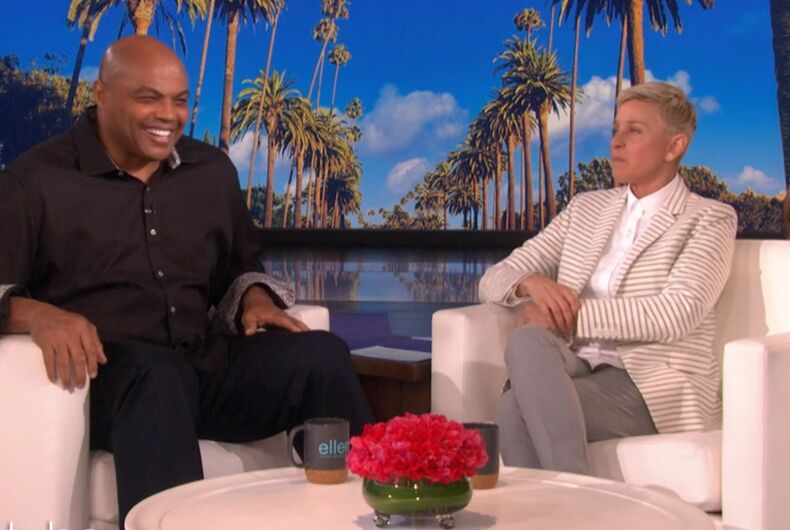 Basketball icon Charles Barkley talked to Ellen about how he helped get the 2017 NBA All-Star Game moved out of North Carolina after the state passed an anti-LGBTQ bathroom bill.

In 2016, the NBA All-Star Game was scheduled to take place in Charlotte, North Carolina. But shortly after the state passed HB2 – which banned transgender people from using the appropriate bathrooms in public buildings and banned local governments from passing pro-LGBTQ civil rights ordinances – people started speaking out.

The NBA said at first that it would keep the game in Charlotte, but then Barkley said he told his boss that he would sit out the game because it’s being held in North Carolina.

So he called NBA Commissioner Adam Silver. Silver at first said that the game would stay in Charlotte, but Barkley spoke out again a couple months later and then the game was ultimately moved to New Orleans.

“I’m blessed man,” he added. “I’m never going to sit back and let discrimination happen on my watch.”