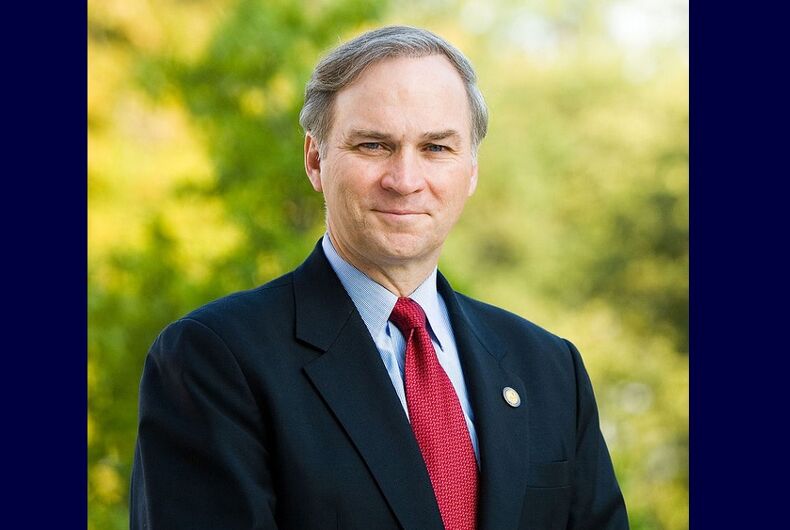 The group Equality Federation is currently tracking 226 anti-LGBTQ bills being considered in state legislatures throughout the country, and one organization in particular is responsible for many of the bills.

Many of the bills are similar and target the transgender community, and specifically transgender youth.

Chase Strangio, a transgender rights lawyer with the ACLU, said he is worried medical bans will lead to an increase in suicides.

“I cannot imagine what happens to transgender people if these criminal bans pass,” said Strangio. “I don’t think we can possibly raise the alarm enough, because people are going to die.”

Jenny Pizer, law and policy director at Lambda Legal, told NBC News that the reason there are so many similar bills around the country is because national conservative organizations often use conservative states as “testing grounds” for laws they want passed.

“If they have success in a very conservative environment, sometimes they get picked up elsewhere,” Pizer said.

Pizer specifically mentioned an organization called Project Blitz, which a recent LGBTQ Nation story noted is responsible for the origin of 45 current anti-LGBTQ measures that have been introduced in state legislatures.

Founded in 2016 by former U.S. Rep. Randy Forbes (R-VA), Project Blitz — which has since renamed itself Freedom For All — provides legislatures with templates and strategy to pass anti-LGBTQ bills.

Other bills being considered around the country include those that make it legal for adoption agencies to use religious beliefs to refuse same-sex couples.

In fact, Tennessee already passed a law like this last week, and states like Missouri and Kentucky are currently considering doing so. In addition to Tennessee, NBC News noted that this practice is currently already legal in ten other states.

The number of anti-LGBTQ bills currently under consideration is not even a record. In 2016, more than 250 state bills were proposed to limit LGBTQ rights.

Sax said many anti-LGBTQ lobbyists are currently more focused on making federal changes, but there is still cause for severe concern on the state level. “Even though there is a smaller number of bills,” she told NBC News, “I am more concerned than ever about our ability to stop them.”