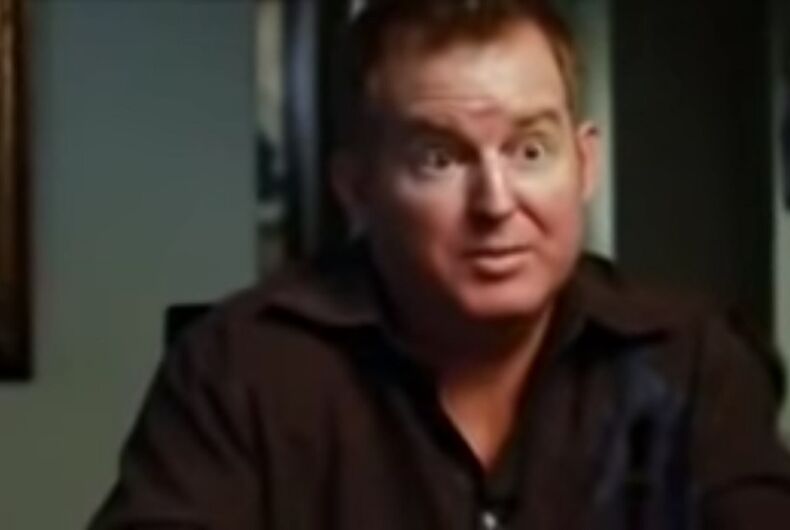 A pastor who claims to be ex-gay lost his lawsuit against the video-sharing site Vimeo, which he accused of discriminating against him when it deleted his account for posting conversion therapy videos.

In 2018, Vimeo told pastor James Domen of Church United – an “ex-gay” ministry in California – that his account was deleted because five videos uploaded on the account promoted “sexual orientation change efforts,” which is against Vimeo’s terms of service.

Related: Pulse survivors held an ex-gay rally near the site of the shooting

“That’s like telling Rosa Parks to find another bus,” Domen’s attorney, Robert Tyler, told the court this past Monday.

But U.S. Magistrate Judge Stewart Aaron of the U.S. District Court for the Southern District of New York dismissed his complaint yesterday, citing the Communications Decency Act, which gives social media platforms wide latitude to police content and immunizes them from lawsuits. Aaron said that Domen was unable to provide any evidence that Vimeo acted in bad faith when deleting his account, so they can’t be sued.

Domen said that Vimeo acted in bad faith because they were discriminating against his sexual orientation as a “former homosexual” and his religion.

“Because of his desire to pursue his faith in Christianity, he began to identify as a former homosexual,” Domen’s complaint read. The complaint said that he is married to a woman and has three children.

“Through Church United, he shares his experience with other pastors and helps pastors counsel others that are on their own journey toward a heterosexual identity through a biblical perspective and a Christian worldview.”

“Vimeo’s emails… reflect that Vimeo removed plaintiffs’ account because of the content of plaintiffs’ videos, not based upon Domen’s sexuality or religion,” Aaron wrote in his ruling.

Domen also argued that Vimeo should have just removed the five videos that violated its policies instead of deleting his entire account.

But Vimeo’s lawyer Michael Cheah argued in a motion to dismiss that allowing the lawsuit to go forward would upend over 20 years of court decisions on the Communications Decency Act.

Tyler called the ruling “concerning” and said that it allows “intentional acts of discrimination toward protected classes.” LGBTQ people are not protected from discrimination at the federal level.

Domen was featured in a 2011 segment on The 700 Club where he talked about how straight men taught him “true masculinity” and that, while he still “struggles” with attraction to other men, he has left the “homosexual lifestyle.”

HIV transmissions dropped 71% in the UK. But don’t expect a similar drop in the US.