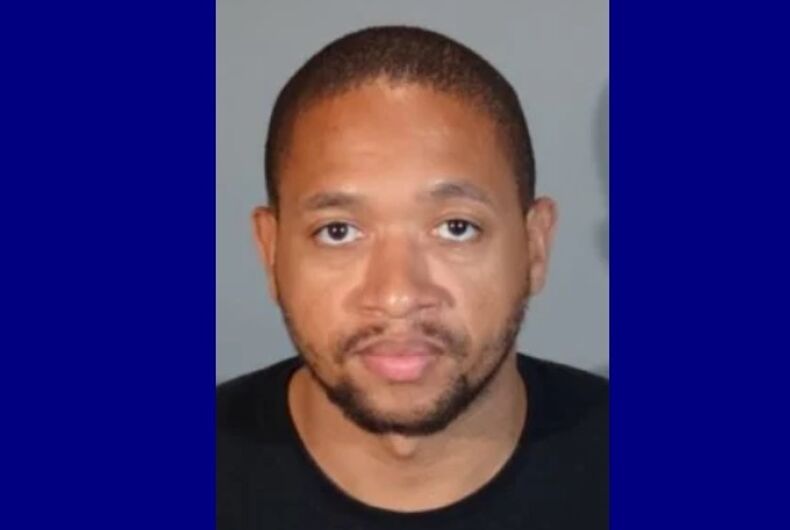 30-year-old Joshua Ebow was arrested in connection to a string of brutal anti-gay hate crimes in the Los Angeles area and he faces up to 14 years in prison, if convicted.

The Los Angeles Times reported that Ebow has been charged with punching and stabbing “men who were gay or perceived to be gay.”

The first attack occurred on December 29. Ebow was caught on surveillance footage stabbing someone in the hand at a Five Guys restaurant.

He was then caught on camera again, stabbing someone in his right arm at a JC Penney in the Culver City mall.

Ebow was arrested on January 3 for the stabbings. Police later connected him to two battery attacks. On Christmas day, they believe he brandished a knife at someone at a Shakey’s Pizza in Inglewood.

The other alleged attack, for which he is also charged with wielding a weapon, took place at Jon & Vinny’s restaurant in Brentwood.

A press release on January 8 from the Culver City Police Department reported that Ebow had confessed to both stabbings.

Deputy District Attorney Richard Ceballos told the LA Times that Ebow has been charged with a hate crime in three of these attacks, as it appears that the victims’ sexual orientations were a motive in the crimes.

The LA Times points out that this revelation comes at a time when hate crimes have reached their highest level in a decade in Los Angeles County.

In 2016, Ebow was also accused of a 2011 smog-testing scheme. As a technician for a smog inspection shop, he gave ineligible vehicles passing grades. The charges were dropped in 2017.

In that case, Ebow’s lawyer said he has mental health issues and was hospitalized for them during his time in the Navy. The LA Times did some digging on this matter and discovered that Ebow served for only about one month in 2008 and never finished basic training in Illinois.

Ceballos told the LA Times that police suspect Ebow has been involved in other crimes, and anyone with information should contact the Los Angeles or Culver City Police.

Ebow will be arraigned on Monday.