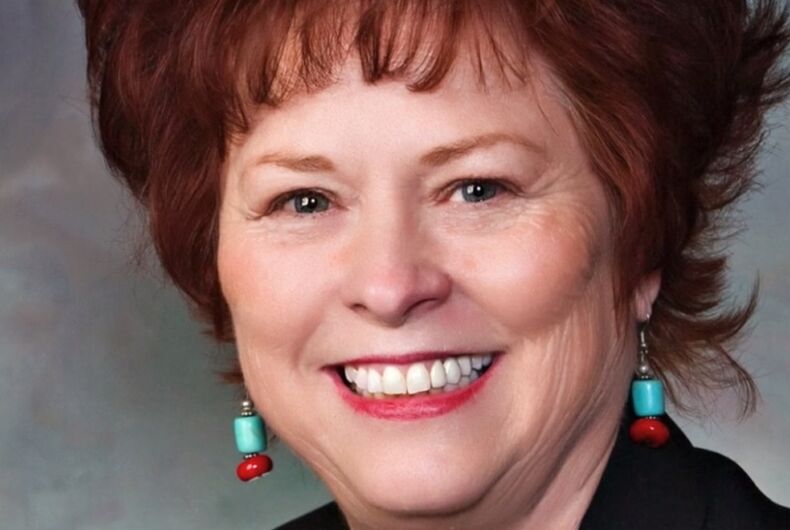 Senate Bill 1082 — the legislation filed by Arizona Republican State Senator Sylvia Allen which sought to frighten teens about sex and ban any mention of homosexuality in classrooms — is basically dead, but Allen has pledged to try again very soon.

SB 1082 has “no chance of advancing,” Allen says, “Because it’s tainted. It has a label on it now and people are backing away. Oh, we can’t support something if the perception is it is anti-gay.”

Allen claims that liberal opponents helped taint the bill by “falsely” claiming that it would ban mentions of homosexuality in schools, but those claims weren’t false. On January 10, 2019, Allen herself promised to remove the homosexuality ban from her bill, stating, “That was absolutely not my intention. I regret that it has diverted attention from the main goal of the bill.”

The main intention of her bill was to increase public scrutiny of school sex education, prevent students below 7th grade from receiving any sex education, and allow parents to sue schools who failed to meet SB 1082’s guidelines for publicly posting sex ed materials before use.

Allen’s bill would’ve required all of Arizona’s school districts and charter schools to revise their existing sex education courses in public meetings and then publicly post the revised coursework for a 60-day public comment period before final approval. The bill also required schools to portray as dangerous any “sexual conduct between minors or sexual conduct with a minor.”

Allen says her bill was about improving transparency so that parents could make more informed decisions about their kids’ sex-ed, but Arizona already allows parents to review sex-ed class materials and opt out if they disapprove, according to Time.

Allen has promised to submit two other bills in the near future that might help her crusade. Arizona Governor Doug Ducey said that he approved of the sex education that his two sons received in state schools, adding, “I don’t know exactly what the problem is [Allen is] trying to solve.”