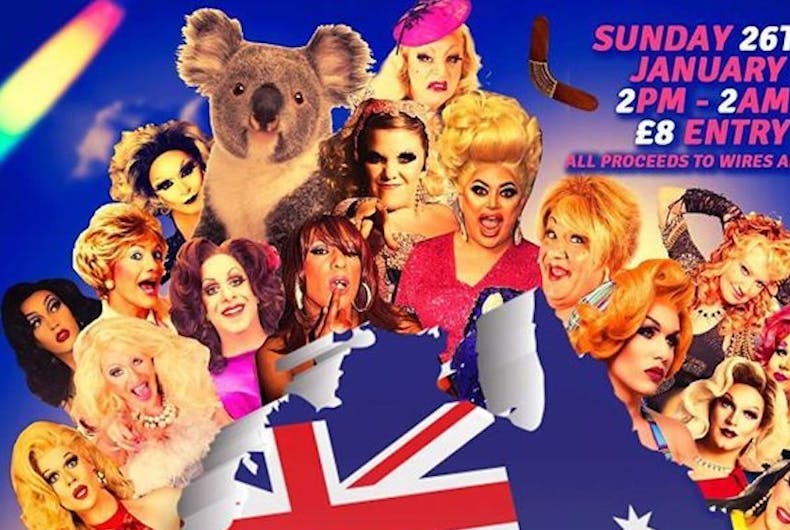 Two Brewers, a London gay bar, will host a 12-hour drag fundraiser on Sunday, Jan. 26 to raise money for the Australian bushfires that have already killed over a billion animals and 24 humans while destroying 2,000 homes and over 25 million acres of land.

The event will occur from  2 p.m. to 2 a.m. on “Australia Day,” an annual Australian holiday commemorating the arrival of British fleets to the island continent. The bar — which resides in Clapham, a southwestern suburb that has a large number of Australian expats — will host 17 drag and non-drag acts during the day.

Related: America’s most anti-gay pastor says God set Australia on fire because the country banned him

The bar will raise funds by charging an 8 pounds ($10.45 in U.S. dollars) entry fee and by allowing patrons to make donations at the bar. Two Brewers is also raising funds for the cause via the online crowdfunding platform Just Giving.

The funds will go to WIRES, the Australian Wildlife Rescue Organisation, and the firefighters of New South Wales, the southeastern region of Australia which has been particularly ravaged by the blaze.

Among the lineup for the 12-hour fundraiser are Australian-themed drag performers Shae G’Day and Karla Bear as well better known local performers like Baga Chipz and Kelly Wilde.

Australia has a special place in the hearts of many LGBTQ people worldwide in part for the 1994 film The Adventures of Priscilla, Queen of the Desert in which three drag performers drive a bus deep into the Australian outback.

The island continent is also well regarded for its hosting of the Sydney Gay and Lesbian Mardi Gras, an annual event that began when a 1970 Australian protest of solidarity with the Stonewall rioters in New York City was disrupted by violent local police forces. The Mardi Gras now draws hundreds of thousands of people annually.