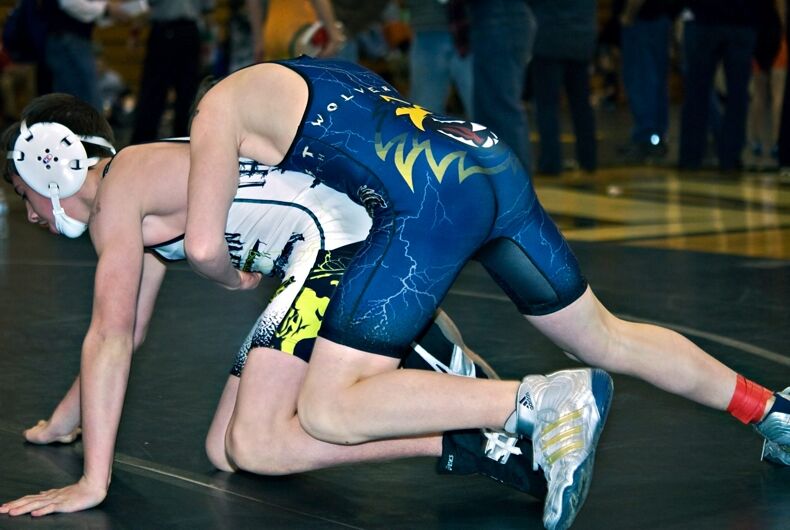 Rev. Thomas A. Derzack, the 70-year-old pastor of St. Nicholas Parish in Pennsylvania, has been removed from ministry after he was caught taking “disturbing” photos of wrestlers at a high school tournament. The priest was taking photos in the Bethlehem Catholic High School gym without the teenagers’ knowledge.

A bystander contacted authorities after noticing Derzack taking zoomed-in photos of the wrestlers from behind.

Related: His priest molested him as a kid. The Bishop told him to ask for forgiveness when he reported it.

“The behavior is disturbing, especially for a priest,” Paul Wirth, a spokesman for the diocese, told The Morning Call. “But the response to it shows our child protection protocols at work. A vigilant adult saw something suspicious and reported it, the authorities addressed it immediately, and the Bishop removed the priest from ministry.”

The church said the priest had violated church standards for acceptable behavior.

A criminal investigation was launched after a police officer approached and confronted Derzack. The priest agreed to delete the compromising photos and left the school.

Northampton County District Attorney Terence Houck, however, said no charges would be filed because the priest didn’t break any laws. Derzack took the photos in a public place so consent isn’t required and none of the photos involved nudity.

“Disturbing, I guess is the word you would use without it being criminal,” Houck said. “It seemed to be disturbing a little bit.”

The diocese says Derzack will face a church investigation and an independent panel will make a recommendation to the Bishop on whether or not the priest is suitable for ministry.

Pennsylvania has been rocked over the past decade for it’s handling of pedophile priests and sexual misconduct. A 2018 grand jury report identified 37 priests accused of sexual abuse from the same diocese and around 20 more names have now been added since it was issued.