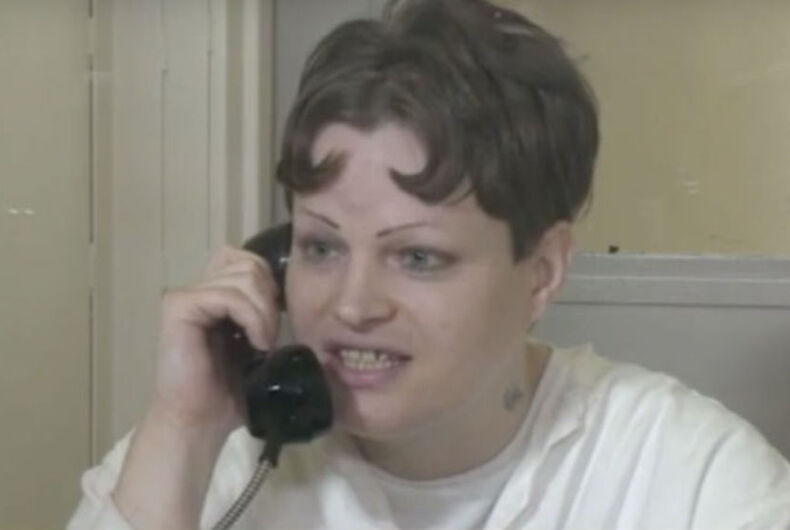 The Supreme Court has refused to hear the appeal of Vanessa Lynn Gibson, a 41-year-old transgender woman who sued the Texas Department of Criminal Justice (TDCJ) after it denied her request for a gender confirmation surgery.

Gibson and her lawyer say the TDCJ’s denial violated her 8th amendment rights against “cruel and unusual punishment” because the surgery is medically necessary to ease her gender dysphoria. She was diagnosed with gender dysphoria in 2014 and though the TDJC provided hormone therapy, she subsequently experienced severe depression, mutilated herself, and attempted suicide several times.

She sued the TDCJ, but in March 2019, Judge James Ho – a Trump-appointed judge at the Fifth Circuit Court of Appeals – wrote in his court’s 2-to-1 majority opinion that refusing to provide gender confirmation surgery doesn’t “fall below society’s minimum standards of decency” stating that “[the surgery’s] necessity and efficacy… is a matter of significant disagreement within the medical community.” The Supreme Court’s refusal to hear Gibson’s case leaves the Fifth Circuit ruling in place.

Gibson began living as a girl at age 15. She was imprisoned for aggravated assault at the age of 17 and was convicted of murdering a fellow inmate at age 19. She’s eligible for parole in 2021.

Gibson’s attorney Maxwell S. Kennerly said, “All the plaintiff wanted in her lawsuit was the same treatment every prisoner is entitled to have under the Constitution; i.e., appropriate treatment for what everyone agreed was a ‘serious medical need.’”

In a 2016 interview with KWTX, Gibson said, “Having male genitalia it makes me literally sick I’m talking about to the point that I hate my life and it’s an everyday thing.”

Gibson’s case is similar to that of trans inmate Adree Edmo who sued the state of Idaho and Corizon Inc., the state prison’s private health care contractor, after they refused her surgery request. In August 2019, the Ninth Circuit Court of Appeals ruled that the refusal constituted cruel and unusual punishment, but Idaho Gov. Brad Little (R) pledged to appeal the ruling to the Supreme Court.

While it’s unclear if the Supreme Court will hear Edmo’s case, it’s clear that these cases will continue to arise as more trans inmates demand medical care.