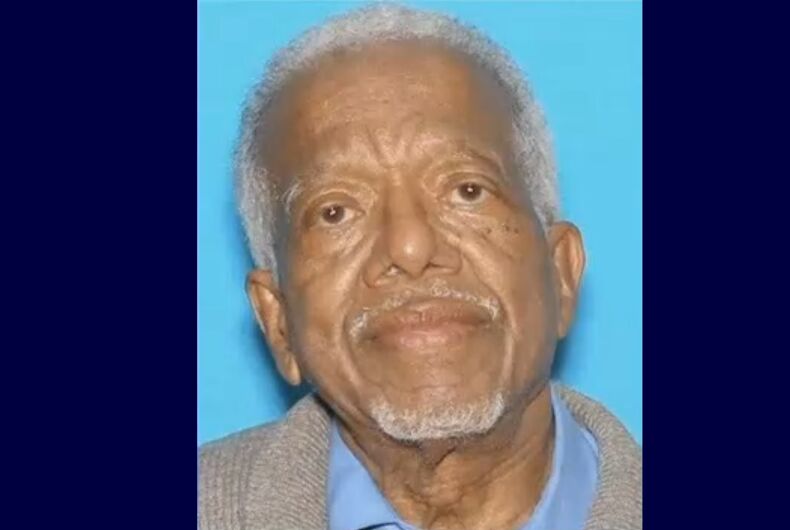 Prosecutors dropped charges against a former member of the Dover, Delaware city council who allegedly drove his truck into an LGBTQ Pride parade, injuring one of the organizers.

The man has instead agreed to pay the victim’s medical bills in exchange for prosecutors dropping charges of third-degree vehicular assault and failure to obey a traffic control device.

Related: Delaware may require schools to out trans kids to their parents

Reuben Salters, 90, was accused of moving traffic cones blocking cars from entering the parade route and slamming into one person who suffered leg injuries this past summer.

Dover police say that Salters “approached and disregarded the barrels that had the streets closed for the upcoming parade” at 8:15 a.m. on June 1, 2019.

He then got out of his Ford Ranger and moved the traffic cones that were blocking off the area where people were gathering for the parade.

Salters got back into his truck, accelerated, and hit one of the parade’s organizers, whose name has not been disclosed. The organizer was knocked to the ground and had unspecified leg injuries.

And Salters kept on driving through the crowd until he later stopped.

Cpl. Mark Hoffman of the Dover police said that he doesn’t believe that Salters was motivated by anti-LGBTQ sentiment, but that the 90-year-old was overcome with road rage at seeing the street blocked.

According to the agreement he signed with prosecutors, he has to pay over $1000 for the victim’s medical expenses. The victim will apply for Personal Injury Protection benefits and anything that is not covered by Salters’s insurance will be paid for by Salters himself.

His driving privileges will also be reviewed by the Delaware Department of Motor Vehicles.

Salters and his attorney were not willing to comment on the case.

Salters is a community leader in Dover who founded the Inner City Cultural League and the African American Festival.