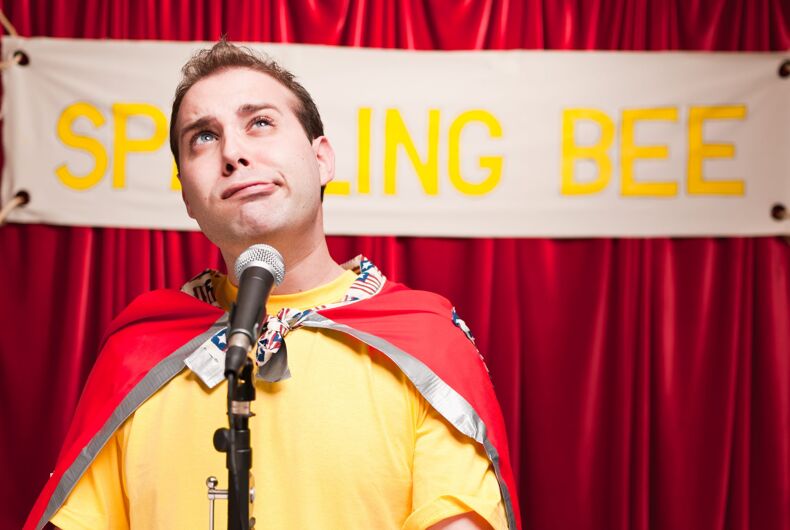 One of the first obstacles Pete Buttigieg had to overcome as a candidate is how to pronounce his name. His introduction as a contender for the Democratic nomination for president came complete with instructions from the candidate himself. A year ago, Buttigieg’s husband, Chasten, even provided a list of acceptable options.

But if there are four ways to pronounce Pete’s name, there are 168 ways to spell it—at least according to a New York Times quiz.

The quiz is an interactive time waster designed to test how knowledgeable you are about figures in the news by asking participants to name the person in a photo. As it turns out, three-quarters of Times readers could identify Buttigieg, compared to a national average of slightly more than a quarter of Americans. The Times ran the same quiz with 6,000 respondents (not Times readers), collecting demographic data by age.

What those quiz takers couldn’t do was spell the mayor’s name. Some of the attempts were exercises in phonics, like Butedgedge. Others were alphabetic flights of fancy: Vutte Gieg, Bodicheck, and Gooligeg.

Apparently anticipating the problem, the Times programmed the quiz to accept anything remotely—no matter how remotely—resembling Buttigieg’s actual name.

More interesting, from a political perspective, is just who could identify the candidate. The results of that survey showed fewer people could identify Buttigieg or frankly anyone else, but age makes a big difference.

Some 44 percent of Boomers could put a name to Pete’s face, but just six percent of Gen Z and 15 percent of Millennials could. In some ways that’s not a surprise; older people tend to pay closer attention to politics and vote more regularly. But it’s still a bit of a shock, given the fact that, at 37, Buttigieg should be the candidate to whom young people would flock.

Of course, nearly everyone in each age group could identify Donald Trump or Barack Obama. As for the ignorant handful who couldn’t, the Times resorted to typical understatement: “Those who didn’t tended to answer with generic phrases like “very good” or “a moron,” suggesting at least a certain level of familiarity.”

We’ll leave it to you to determine which phrase applies to which president.

All you want for Christmas in 2019 is Ellen

Judi Dench criticized for saying her character in “Cats” is transgender