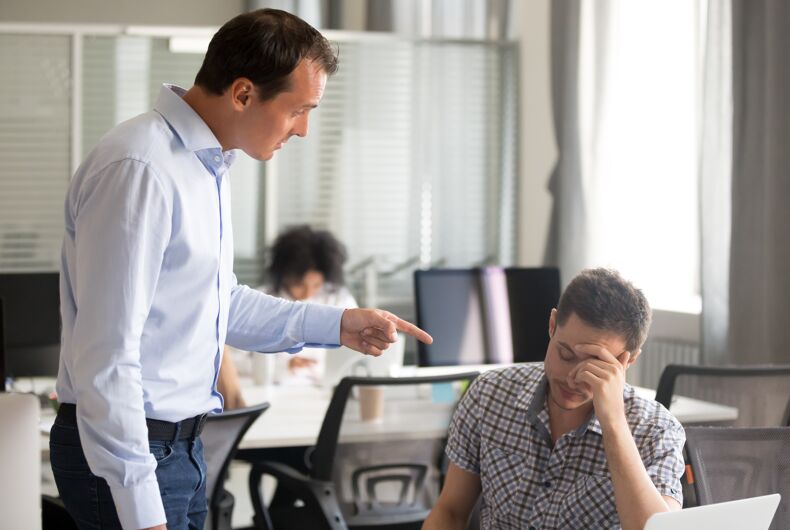 Cornell University’s Center for the Study of Inequality reviewed thousands of studies in peer-reviewed journals, looking for studies that evaluate the link between discrimination and health outcomes.

The effects of discrimination weren’t limited to its direct victims – people who are exposed to discrimination also experience minority stress and increased expectations of rejection, worsened their self-image, and can create internalized stigma.

One study of transgender people found that trans people who had had trouble in the past accessing bathrooms had higher levels of cortisol.

Another study looked at states the implemented “license to discriminate” laws – laws that allow organizations and businesses to discriminate if they claim that their religion requires them to discriminate – and found that “the proportion of sexual minority adults reporting mental distress increased by 10.1 percentage points.”

“That’s powerful evidence that policies or practices that deny a gay couple a wedding cake are not mere expressions of religious freedom — they inflict genuine psychological harm,” wrote researchers Nathaniel Frank and Kellan Baker in a Washington Post column.

Frank said in a press release that the effects of discrimination are “compounded” for LGBTQ people of color, queer youth, and transgender people.