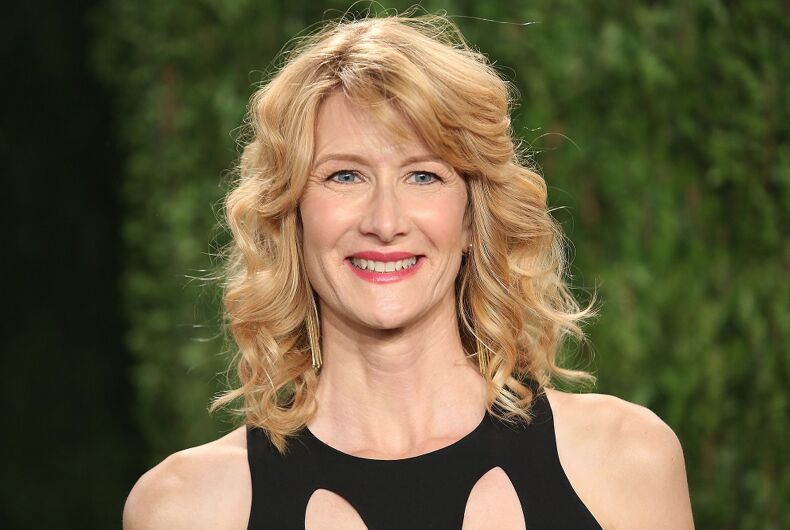 Actress Laura Dern opened up about how her job offers dried up and she faced threats of violence after she guest starred on the coming out episode of Ellen Degeneres’s sitcom.

In 1997, during the fourth season of Ellen, Ellen Degeneres’s character Ellen Morgan came out as gay.

Related: Ellen reunites with Laura Dern & Oprah 20 years after coming out on TV

Dern played Susan, the out lesbian who just assumed that Ellen was too. Ellen initially denies it, but at the end of the episode Ellen comes out to her in an airport, effectively coming out to the world.

The episode led to a nationwide discussion about gay people and eventually led to the cancellation of the sitcom.

Dern told Vulture that it was “an incredible honor” to play the person that Ellen came out to, but that she didn’t fully understand how controversial the role would be.

“A lot of people in my life really worried,” she said. “And I was like, ‘This is ridiculous.’ This is where I grew up in a bubble and didn’t realize we weren’t there yet or something.”

But the role affected her career.

Dern said that her career eventually got back on track, but she was also surprised by the threats of violence against the cast of that episode, which she became aware of when there was a bomb threat on set.

“Oprah and I were having a snack, and suddenly a flood of cops swarmed the set and the stage while we were rehearsing,” she said. “They’re like, ‘There’s been a bomb threat, we’re sweeping the stage.'”

Dern said that the threats continued while they shot the episode, and even for years after the episode aired.

“We all spent the next couple of years really struggling in work and safety,” she said. “It was radical to experience that. It was the only time I ever experienced having to have a full security detail.”

Dern, who is straight, said that she will never forget the moment Ellen came out in the episode.

“What was amazing, which I will never forget, that when she looked in my eyes, she said it was the first time she said ‘I’m gay’ out loud. We didn’t rehearse it, so when she said it to me and was looking in my eyes and holding my hands and I felt her shaking… the gift… It makes me want to cry, the gift of that, the intimacy of what that means, was such insight for me.”

“And I’ll carry it for the rest of my life.”