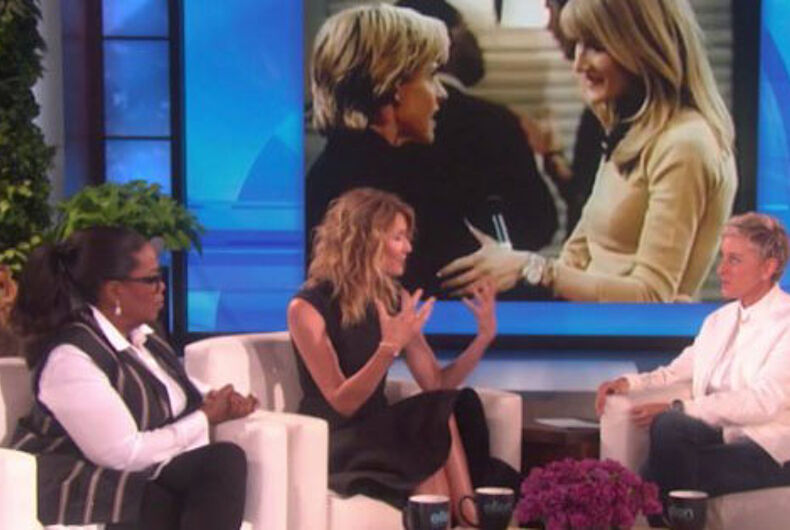 Friday marks 20 years since Ellen DeGeneres came out on television along with a sitcom character she played long before she was a talk show host.

And to celebrate, the comic actor hosted a reunion on The Ellen Show with her then-costars and special guests Laura Dern and Oprah Winfrey.

“You were so comforting in that scene,” DeGeneres told Dern. “For those words to come out of my mouth for the very first time, even rehearsing it, I would burst into tears every single time.”

“I have to say, just watching the clip made me so emotional, because of all the things I feel privileged to experience in my life, as a human but also as an actor, there’s no greater gift than being the person that was with you and looking in your eyes as you said those words,” Dern said.

“And when we did rehearse, you even whispered to me at one time, ‘Maybe I’m not going to say it because I haven’t said that out loud,’” Dern recalled.

“Watching you have this catharsis, or ritual, and the audience’s support, and us sort of holding each other, literally kind of holding each other up, for this very emotional moment … it was so profound,” said Dern. “And I feel so blessed that I got to be there and witness that.”