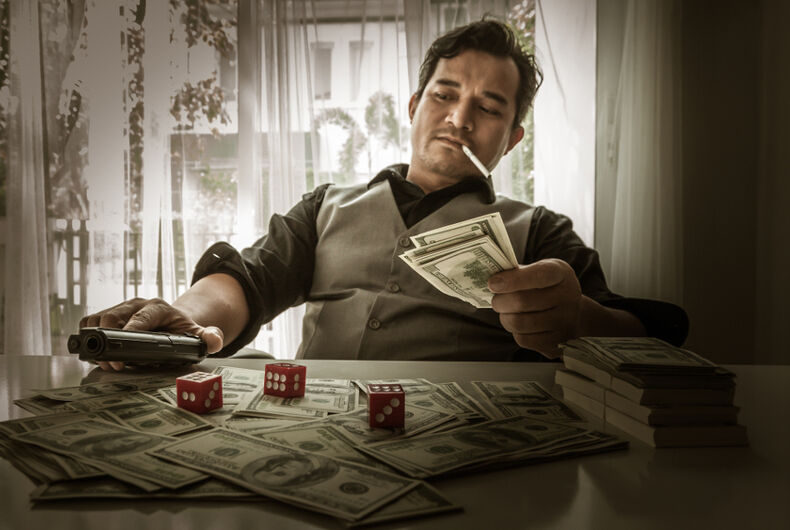 Nicola Gratteri — a 61-year-old anti-mafia investigator in Calabria, Italy (the toe of Italy’s “boot”) — has revealed that the ‘Ndrangheta family, the richest crime family in Southern Italy, has become more tolerant of gay members “so long as they don’t parade it in public,” he says.

The ‘Ndrangheta family is allegedly responsible for tens of billions in the European cocaine trade.

In the past, mere rumors of homosexuality were enough to get a mob member murdered. But now, Gratteri claims that the mafia has become more accepting. He has reportedly read “passionate” love letters between a crime boss and a young lieutenant, eavesdropped on foot soldiers admitting their love of drag bars, and learned about the son of a mob chief who works as a drag performer named Lady Godiva.

Gratteri, who has lived under police protection for the last 30 years to shield him from various mafia assassination attempts, preventing him from going to a beach, movie theater, restaurant or even any of his children’s school plays over the last two decades, says the crime family’s acceptance of gay people is part of a softening in contemporary mob culture.

“I’ve brought to trial the grandfathers and fathers of today’s bosses. They were impassive in the face of long prison sentences. The young today can’t take the stress of prison in the way their parents did. They get paranoid, depressed. They’re more fragile,” he said.

But while he expected death threats for revealing the mafia’s acceptance of gay men, he instead received letters criticizing his insensitivity for equating gay acceptance with “going soft.”

In 1992, John “Johnny Boy” D’Amato, head of the DeCavalcante crime family of New Jersey — the family that inspired the HBO mod series The Sopranos — was shot dead in 1992 after rumors of his gay affairs spread throughout the mob.

“[Homosexuality] undermines their image of themselves as tough, virile guys,” Gratteri said.