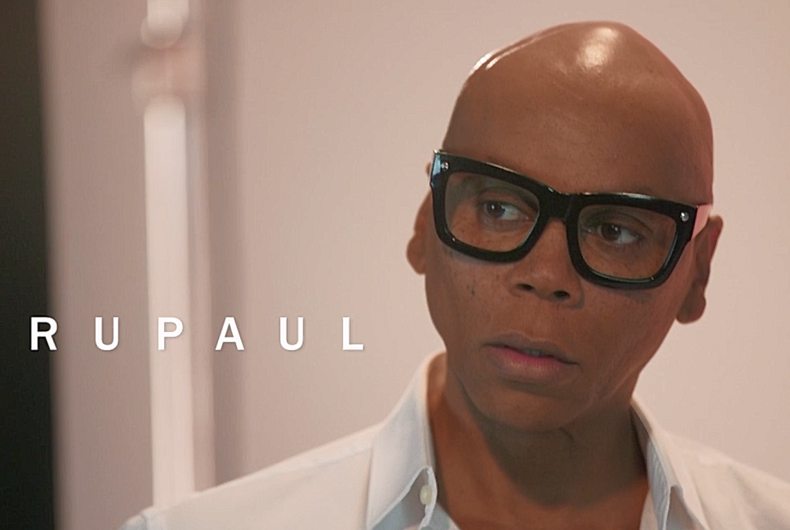 RuPaul became the first official drag queen inducted into the California Hall of Fame this week.

He can add this distinction to his growing collection of accolades which includes a star on the Hollywood Walk of Fame, four straight Primetime Emmys for Outstanding Host in a Reality or Competition Program, and the Critics Choice Television Award he took home in 2017 for Best Reality Host.

“There is perhaps no one person that has done more to dismantle the limiting ‘man box’ we put our boys and men into that RuPaul,” First Partner Jennifer Sibel Newsom said in introducing the trailblazing entertainer at the event on Tuesday. She gushes about how she was introduced to RuPaul and how he promoted her documentary, The Mask You Live In, which focuses on masculinity.

Established in 2006, the Hall of Fame recipients are recognized by the Governor and First Partner for being “legendary people who embody California’s innovative spirit and have made their mark on history.” RuPaul will be joining the late Dr. Maya Angelou, Tony Hawk, George Lopez, Brandi Chastain, Wolfgang Puck and others going inside the 13th Hall of Fame Class of 2019. All ten inductees were presented with a Spirit of California medal at the ceremony.

Excited to induct this year's class of the #CAHallofFame tonight!! https://t.co/YPPve3QiK3

“California has this incredible spirit to it, of frontiersmen, of trailblazers…people who aren’t afraid to take on a challenge. And I am so proud to be a part of that legacy, and to take that ingenuity and spirit with me, and carry that torch around the world, wherever I go,” RuPaul said in his acceptance remarks.

RuPaul was born in San Diego, California before relocating in his youth, and resided in Los Angeles as of late. His Hall of Fame biography designates him as the “The most commercially successful drag queen ever.”

This wraps up a busy year for the 59 year old multi-hyphenate, who now hosts four different editions of the RuPaul‘s Drag Race franchise: the original, and the UK, All-Stars, and Celebrity edition. He also is set to star as the lead of the Netflix series AJ and the Queen, premiering next month.

All that, and RuPaul still has time to voice his support for a pro-impeachment rally happening on Tuesday in Downtown Los Angeles.

RALLY to impeach the "I am above the law" President. TUESDAY Dec. 17th 5:30 PM – Downtown Los Angeles City Hall – NIGHT BEFORE the full House will vote on Articles of Impeachment. https://t.co/eGTtIIzZ3m pic.twitter.com/nCGuAFhMTu

Watch RuPaul’s induction and his remarks to the California Museum below (starting at approximate 1:14:15 into the video.)

Is Donald Trump’s pending impeachment acquittal in the Senate a failure of the Democrats?