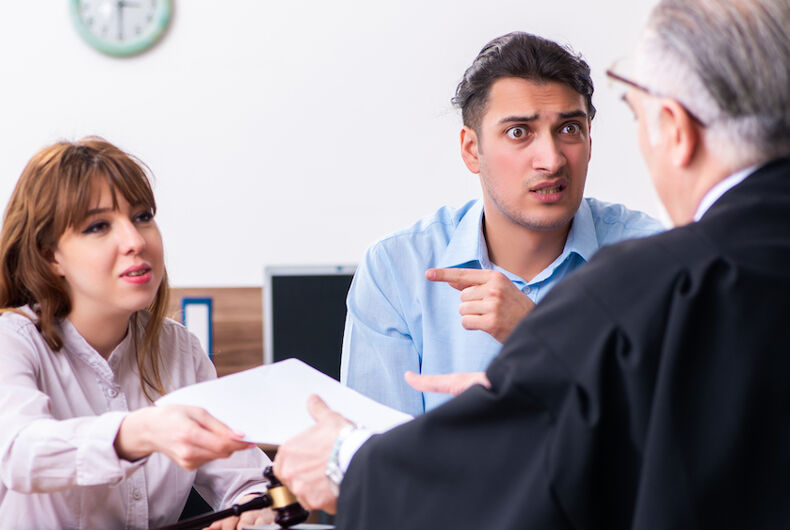 An unnamed woman in Cape Town, South Africa, tried to sue her husband for coming out as gay two months before their sixth anniversary.

She sought nine million South African Rand (roughly $600,000) for emotional pain, psychological trauma, and loss of income. But she seems to have failed… for now.

Related: Bisexuals spend more of their lives in the closet than gays & lesbians

Judge Mark Sher said that the wife’s “extraordinary sum” was based on the husband allegedly “misrepresented” that he was a heterosexual man just so he could have kids in a monogamous different-sex marriage.

Immediately after coming out, the couple “no longer lived together as man and wife.”

In her 368-page “summary” filing, the woman revealed “explicit details” of her ex-husband’s “highly private and personal communications,” Sher said, including his private internet browsing activity, WhatsApp chats, and a conversation with a priest.

The judge called the wife’s lengthy document an “abuse of process” and “devoid of relevance” as she included “the proverbial kitchen sink” in all her details merely to “cast doubt” on her husband’s honesty — but none of her details explained why she sought over half a million dollars for her troubles.

“By any standard this seems to be an excessive amount,” Judge Sher said, “notwithstanding the parties’ societal standing, [the husband’s] alleged means and the scale of the litigation thus far.”

The woman’s lawyer will appeal the judge’s ruling, but more interestingly, this case shows how homophobia hurts both gay and straight people.

Although South Africa has legalized same-sex marriage, a 2016 study found that 72% of its residents consider same-sex sexual activity “morally wrong.” Such societal disapproval can compel gay people to marry partners of the opposite sex just to avoid stigma, hatred and discrimination. Such marriages also often break the hearts of both people involved.