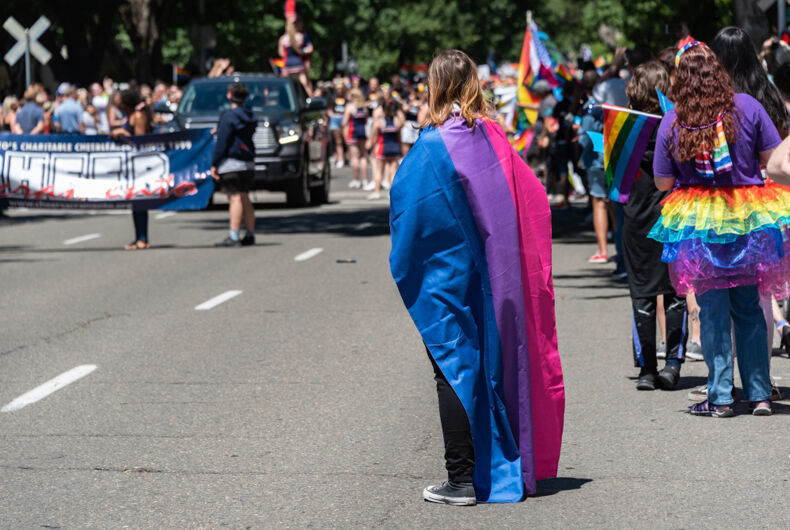 Bisexuals are six times more likely to be in the closet than their gay or lesbian counterparts, according to a study from Stanford University and the Pew Research Center.

A mere 19% of bisexuals went on record to say that all or most of the people they consider important in their lives are aware they are bisexual. By comparison, 75% of gay and lesbian adults are similarly out.

Additionally, 26% of bisexual adults are not out to any important people in their lives, compared to a mere 4% of gays and lesbians who say the same.

A little over half of those who identify as bisexual — 54% — are out to some or only a few people.

The numbers are important, given that another Pew study shows bisexuals to be at least 40% of the LGBTQ community, compared to gay men (36%), lesbians (19%) and transgender people (5%). Taken together, these studies show that bisexuals are a silent majority in many ways.

A 2013 study also confirmed a lot of these findings, noting that a sizable number of bisexuals have opted to not come out to their parents, simply because they didn’t feel disclosure was important, or that the subject had never come up.

Even amongst bisexuals who are largely open about their sexuality, the numbers lag behind their gay and lesbian counterparts: only 17% of bisexual people claim to be out to most or all of the people they deem important in their lives, compared to 75% of gay and lesbian identified respondents.

Due to a relatively small sample size, however, the study did not separate out the genders of respondents, nor did they separately analyze the data of transgender people in the study, to get an even deeper picture into the sexual interests of bisexual people.

Archbishop punishes Catholic school for not firing a gay teacher, but administrators won’t back down