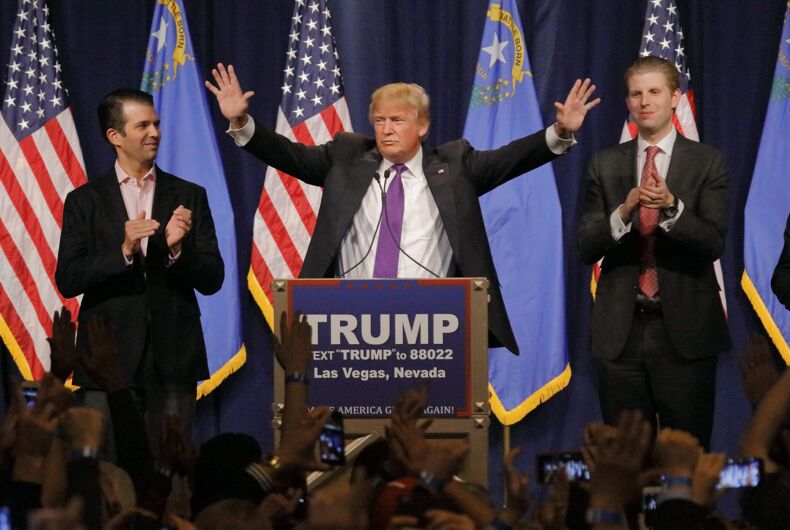 Donald Trump Jr. is a lot like his father when it comes to social media. He engages in attacks on the media and private citizens, urges his followers to engage in bad behavior, and promotes conspiracy theories and flat-out untruths.

But for the upcoming Thanksgiving holiday, Trump Jr. is taking it a step further. He’s urging his fans to “trigger a liberal” and ruin the traditional family feast.

Trump Jr. is offering an autographed copy of his book Triggered as a prize for sending him photos or video of “something/someone triggered maybe with my book.”

While Trump Jr.’s book has been a “bestseller,” the New York Times announced that the book’s place on their bestseller listing was because the Republican National Committee purchased thousands of copies, spending almost $100,000 to promote the screed to Republican donors.

Triggered has a special mark on the bestseller’s list to indicate that its popularity is due to bulk purchases and not actual individuals purchasing the book. It’s unclear if other organizations or companies – like Trump’s own company – have also purchased mass quantities of the book to increase the sales numbers.

Trigger a liberal thanksgiving! Have some fun & talk politics at the thanksgiving table. Best pic/vid of something/someone triggered maybe w/ my book, wins a signed copy of Triggered & a MAGA hat… Tag me in IG pics & I’ll choose by Sunday. Have fun! https://t.co/HKA9knWBBW

Cyndi Lauper is going to win an U.N. award for her LGBTQ advocacy