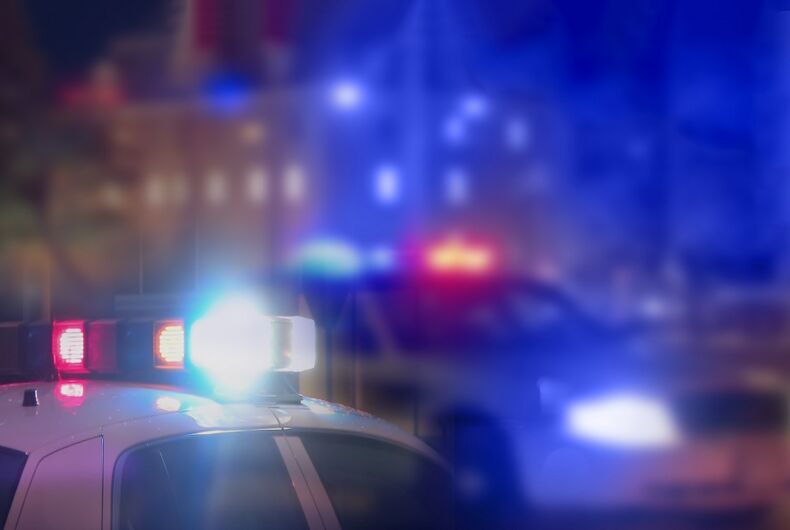 Three gay men say that they were savagely beaten in an anti-gay attack outside a Boston drag bar.

The victims say that the attack occurred after midnight at Jacque’s Cabaret early Saturday morning.

Jacque’s hosts a drag show that’s popular with both straight and LGBTQ people on the main level, and a queer fetish party called Fascination is held twice a month in the basement.

Three gay men who were at the fetish party were waiting for a ride outside of Jacque’s, when a group of straight people who were at the drag show started antagonizing them.

“They instigated, approached us aggressively, and assaulted us all without us doing anything to them at all,” said one of the victims in a statement.

“The group was shouting homophobic slurs while they punched and kicked one of the victims on the ground before putting them in a choke hold,” the victim said.

One of the victims nearly lost consciousness.

“What we were always scared of happening to us as finally happened,” the victim said.

The assailants ran off before police arrived.

Boston Police confirm that they responded to an altercation that occurred at the club at around that time. They said that they are forwarding it to the civil rights unit.

According to a post on Fascination’s Facebook page, the attackers called the victims “faggots” during the assault, but the victims are all safe now.

“All three of the individuals assaulted are comfortable acknowledging this as a hate crime influenced by their identities and presentations as queer people,” the Facebook post says.

The post says that organizer Michael Flowers was one of the victims, and the fetish party is looking for another location since the drag bar is “an unsafe space for our queer patrons.”

Regulars of Jacque’s say that this is the first time anyone can remember violence occurring at the bar.

Drag performer Chris Fijal told Boston 25 News that the bar attracts a lot of straight people. “We have a lot of birthday parties, bachelorette parties. It’s gay, straight,” he said.

“The gentlemen that were involved were at the show, and were very friendly,” Fijal said. “They were not remotely homophobic.”

Fijal said that he didn’t witness the build up to the attack or the attack itself, just the aftermath.

The victims, though, say that they want this prosecuted as a homophobic hate crime.

No arrests have been made and police are looking for more information about the attack. Anyone with information is encouraged to call Boston Police Crime Stoppers at (800) 494-TIPS.