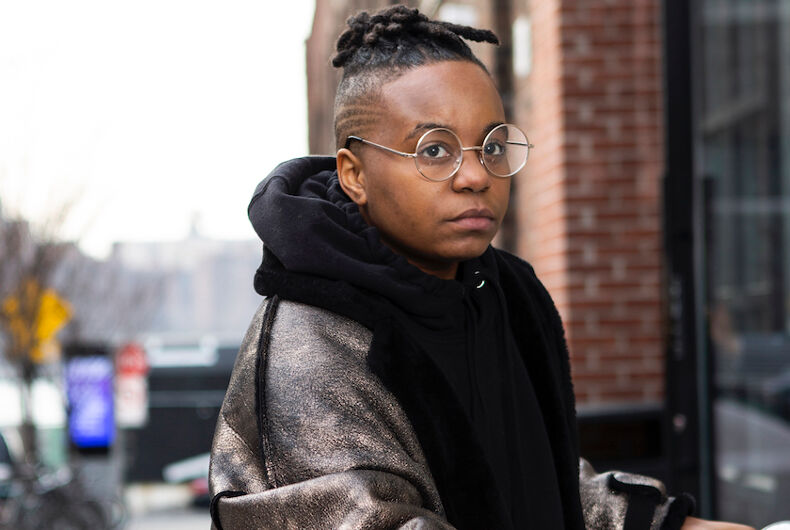 While Michigan just made it super-easy for transgender people to change the gender markers on their government-issued ID, Indiana is considering changes that would make it considerably harder.

Right now, anyone who wants to change their gender marker on an Indiana ID has to bring “an amended birth certificate or a letter signed and dated by a doctor” to the state’s Bureau of Motor Vehicles (BMV). But the newly proposed rule will add needless hurdles and costs for trans people who just want an ID that matches their gender identity.

The newly proposed rule would require trans people to mail in a form from the state’s Department of Health signed by their doctor stating that they’re under professional care and receiving “appropriate clinical treatment for transition.”

In short, the law will make it harder for poor trans people without medical care to get the ID they need to navigate the rest of society.

Transphobia and poverty can make it difficult for some trans people to pursue medical care. Foremost, some may avoid doctors over worries that they’re not well-versed in trans patients and trans-related care. Since trans people are twice as likely than other Americans to face poverty, that too that can limit their access to ongoing care.

When a trans person has an ID that doesn’t match their gender identity, it can increase the “chances for misunderstandings when interacting with law enforcement, health-care providers, and others,” says  Jeynce Poindexter, a representative of the Trans Sistas of Color Project which recently helped Michigan improve its trans ID laws.

Christine Meyer, the director of communications and public affair for the BMV, told The Tribune Star the BMV “will not approve a change from male or female to an X or gender neutral symbol until the [new] rules are in place.” Indiana began offering gender neutral licenses in March 2019.