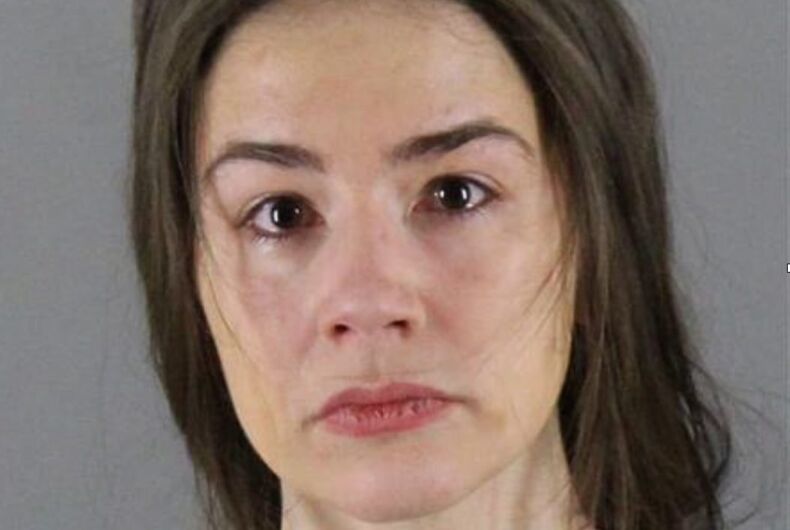 A Minnesota challenger running to unseat U.S. Rep. Ilhan Omar was banned from Twitter on Thursday – apparently for threatening to hang the Muslim Congresswoman, according to the challenger herself.

Danielle Stella, “a special education needs professional launching a campaign to represent Minnesota’s 5th congressional district,” reported to the conservative publication The Washington Times that both her personal and campaign Twitter accounts were removed due to a tweet advocating for Omar’s trial and execution.

Stella’s tweeted in reference to a right-wing claim born this week that Omar has shared confidential intelligence about the United States with the Iranian government, via channels originating in neighboring Qatar.

“If it is proven @IlhanMN passed sensitive info to Iran, she should be tried for #treason and hanged,” her first tweet from @2020MNCongress read – followed by another with an image of a hanging stick figure along with an article related to the allegations, and another with the definition of treason in the U.S. Penal Code.

Omar Challenger Says She Should be Hanged for Treason if Reports of Qatari Recruitment True https://therundownnews.com/2019/11/omar-challenger-says-she-should-be-hanged-for-treason-if-reports-of-qatari-recruitment-true/

Stella’s campaign page claims that she is only in politics “as a result of the lack of honorable representation for Minnesota’s 5th congressional district,” which is the seat currently held by Omar. While she touches on several issues in her biography that she would legislate on if elected, most of Stella’s political presence, online or otherwise, is dedicated to just being antithetical to whatever Omar and her constituents are doing.

She maintains her innocence, but failed to appear in court in April and had a warrant issued in her name. In August, she showed up to a queer-owned Minneapolis cafe to gawk at and film progressives in an effort to make them “uncomfortable,” bringing them unwarranted threats and hate.

In the last two months, Stella social media highlights include consistently asserting her belief that Omar is a subject of the QAnon conspiracy and a member of the Antifa. She’s consistently claimed that the representative and her strategist Tim Mynett secretly attended an anti-Trump rally during the President’s visit to Minneapolis on October 10, although the only evidence that Stella posts online has been disproved by both its originator and Snopes.

She also touts a transphobic tweet agreeing with Donald Trump Jr. that society shouldn’t recognize the achievements of transgender athletes – saying we should “end this charade”. Stella also recently called Omar “a joke” for advocating for the Menstrual Equity for All Act, which would allow menstrual products to be provided by health care and employers. Stella raged that “only [cisgender] females experience menstruation,” which even confused her own supporters because nothing in Omar’s statement or the proposed law deals with gender.

“My suspension for advocating for the enforcement of federal code proves Twitter will always side with and fight to protect terrorists, traitors, pedophiles and rapists,” Stella stated to The Washington Times regarding her social media site ban. Her campaign Instagram is laden with posts decrying social media sites where her posts are being reported or taken down.

The double standards and multiple rules for different political beliefs is bogus and trash. The comments they make are some truly messed up things, but say a not nice insult or acronym after dealing with complete imbeciles, and BOOM locked out in time out because they got their feelings hurt. If a 3 letter acronym gets you to shut down accounts for a full week, social media is NOT for you.

In regards to the allegations against Omar claiming that she is an agent of Iran, her office has categorically denied them, saying the “outlandishly absurd story from a Saudi-funded media outlet is of course false and only the latest in that trend.” The claim has been categorized as “not true” by TruthorFiction.com, and several conservative publications and journalists won’t even legitimize it.

Danica Roem has an agenda. She’s going to fix the roads & advance equality.

Are you really boycotting Chick-fil-A? We conducted a survey to find out.