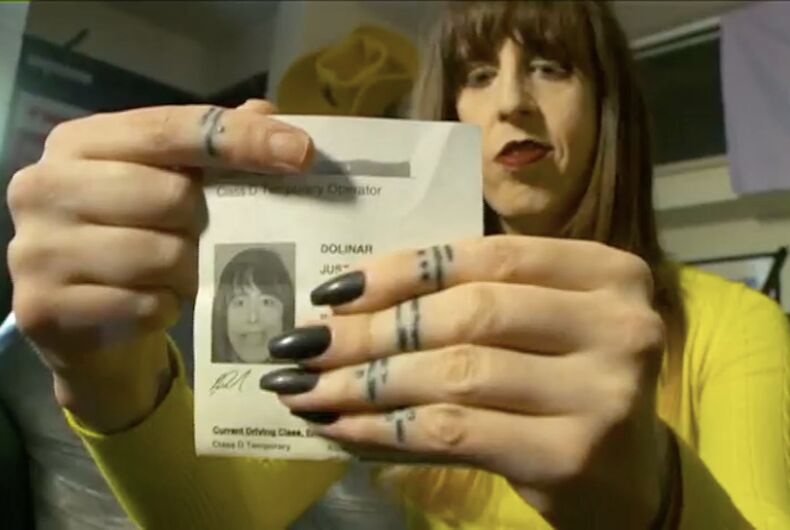 Jaydee Dolinar — a transgender woman living in Salt Lake City — was forced to remove her makeup and humiliated in front of others at a local Department of Motor Vehicles (DMV).

While the director of the Utah Driver License Division called the incident “a policy misinterpretation,” Dolinar, who is a  doctoral student and geology instructor at the University of Utah, has called it “completely discriminatory.”

When renewing her license, a DMV worker took Dolinar’s picture. But then a supervisor told Dolinar to remove her makeup, she says, “because my appearance didn’t match my gender, it wouldn’t be able to be picked up by face recognition software.”

The supervisor told her to use hand sanitizer and paper towels to remove her makeup while other people waiting in the DMV office watched her.

“It hurts a lot,” Dolinar said. “I don’t want anybody to have to experience this. It’s terrible. It’s like, just have some humanity. That made me feel like I shouldn’t be a part of this community.”

Chris Caras, director of the Driver License Division, said, “We would definitely never support disrespecting any individual in our offices. We obviously would not want one of these things to happen in our offices ever again.”

Although the division worked with the Transgender Education Advocates of Utah a few years back to create a sensitivity training video, Caras says his department will plan additional training so a similar incident doesn’t occur.

This is hardly the first time a DMV office has humiliated a trans or non-binary person looking to get a license. In the past, a West Virginia DMV told trans women they must appear as male in license photos, a South Carolina DMV told a gender non-conforming teen they couldn’t take license photo in makeup and one San Francisco DMV office sent a trans woman a letter calling her “an abomination.”