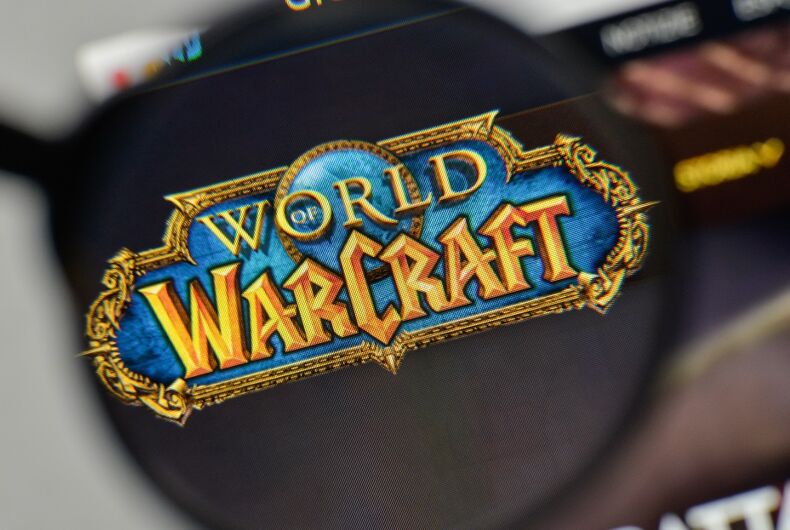 After a supposedly “thorough investigation,” the game developer behind World of Warcraft removed the name of the guild (a group of players) “GAY BOYS” because it was “reported… as inappropriate multiple times,” guild member Ahmil Jilani said in a statement to Ars Technica.

On Wednesday evening, the developer – Blizzard Entertainment – dropped their sudden decision on the guild on Wednesday afternoon, automatically reverting their name to “Guild ZFXPK.” In his statement, Jilani blamed the rampant amount homophobes within the World of Warcraft (WoW) community for the name removal.

“Giving in to their demands only means that you are siding with them as a company, which, after a decade of playing your games, is a surprise to me,” Jilani remarked.

However, this is not the first time Blizzard Entertainment has made a questionable decision that directly affected LGBTQ players. In 2006, Blizzard aligned with homophobic policies promoted by moderators who banned the mention of homosexuality or LGBTQ-friendly guilds in-game, citing it possible “sexual discrimination” the can result from LGBTQ players identifying themselves as such in game from anti-LGBTQ players.

Eventually, Blizzard stopped enforcing these policies, but in 2016 they also removed a similarly named “GAY BOYS” guild. After discussing it on the WoW forums, Blizzard reversed that decision as well and reverted their group name back. There are other guilds with the word gay in it that have not yet been removed.

Jilani stated that his guild will put on an in-game protest march as they await the results of an appeal. In his statement, he continued: “To say there is anything inappropriate about the words GAY or BOYS is, in and of itself, inappropriate, childish, and discriminatory,” Jilani said.

“Individuals that found the name inappropriate should be the ones taking a good look at themselves in the mirror, because this is 2019, and we have a right to exist as a community.”

A guild is an associated group of members that play together within the WoW community. Blizzard contends that guilds are “run by players and not Blizzard… the guild experience depends entirely on the players.”

Frank Kameny devoted his life to fighting for gay rights. He lived to see several victories.