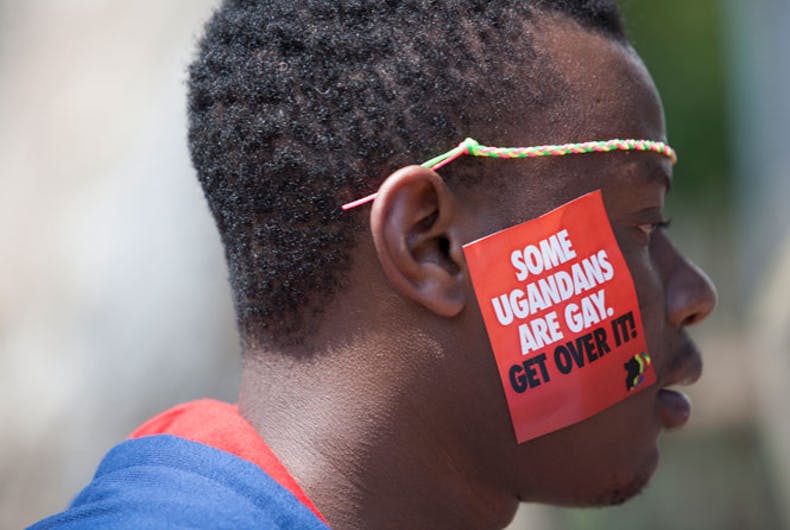 A Ugandan presidential spokesperson has denied that the country’s legislators are re-introducing its infamous “Kill the Gays” bill that punishes homosexuality with lengthy prison sentences and the death penalty.

Don Wanyama, President Yoweri Museveni’s senior press secretary told Reuters, “There are no plans by the government to introduce a law like that. We have the penal code that already handles issues of unnatural sexual behavior so there is no law coming up.”

Wanyama’s denial comes after widespread media coverage and international condemnation from aid groups and government official for its resurrection of the needlessly hateful policy.

When asked why the country’s Ethics and Integrity Minister Simon Lokodo said just last week that the country was re-introducing the bill, Wanyama responded, “Ask him. I don’t know where he got this idea from. There is no plan by government to introduce a law of that nature.”

Last week, Lokodo said the reintroduced bill would punish “promotion and recruitment” of homosexuality and not just same-sex intercourse as it did when it was first introduced in 2009 and then passed in 2013. (It got struck down on procedural grounds by a court ruling in 2014.)

Homosexuality is not natural to Ugandans, but there has been a massive recruitment by gay people in schools, and especially among the youth, where they are promoting the falsehood that people are born like that. Our current penal law is limited. It only criminalizes the act. We want it made clear that anyone who is even involved in promotion and recruitment has to be criminalized. Those that do grave acts will be given the death sentence. We have been talking to the [Members of Parliament] and we have mobilized them in big numbers. Many are supportive.

In response to Lokodo’s statement, the U.S. State Department denounced the bill, but stopped short of promising to cut foreign aide to the country if it passed into law.

“The U.S. government firmly opposes criminalization of LGBTI individuals,” said a U.S. State Department official. “We stand with Uganda’s LGBTI community and Ugandans of all backgrounds and beliefs to defend the dignity of all citizens.”