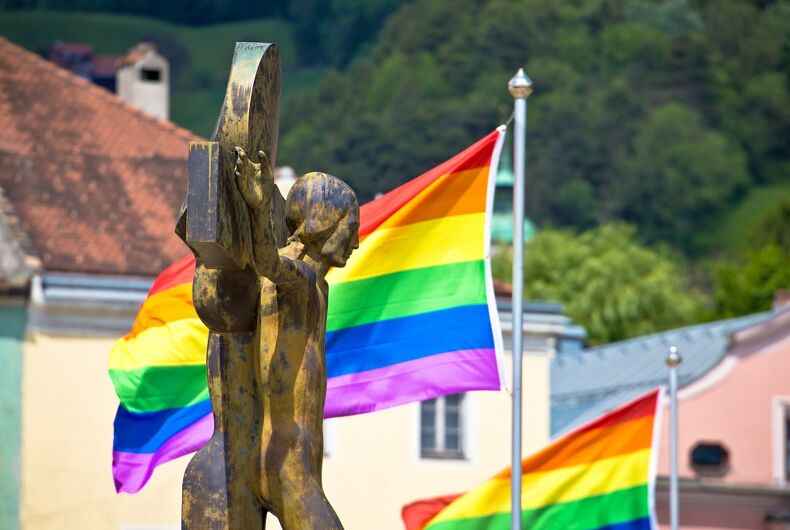 A North Carolina law enforcement agency has come under fire for telling employees that they can’t live with their partners unless they’re married “according to the law and word of God.”

According to the Freedom From Religion Foundation (FFRF), the Scotland County Sheriff’s Office sent employees a notice saying that they cannot live with someone else unless they are “officially married according to the law and word of God, sisters, brothers, or family by blood.”

The notice does not say whether a marriage between two people of the same sex counts as a marriage “according to the… word of God.”

The policy says that those who are currently “cohabitating” are fine, but from here on no employee is allowed to live with someone who they aren’t related to.

The policy has been changed in reference to Cohabitation. The policy change will be distributed on Monday. It will be prohibited for you to live with another while employed at the Scotland County Sheriff’s Office unless you are officially married according to the law and word of God, sisters, brothers, or family by blood. This shall not apply to those whom are currently cohabitating. However, if your current relationship with the other party should cease, you will comply with the new policy change.

The notice was leaked to the FFRF by an employee of the Scotland County Sheriff’s Office, and the FFRF sent a letter to the sheriff’s office warning them that their policy is unconstitutional.

“By instating a policy that limits employees’ behavior outside of work to that which you deem to be ‘according to the law and word of God,’ your office unconstitutionally promoted religion and threatens to punish those who believe differently,” the FFRF letter stated.

Now the sheriff’s office is walking back the notice, saying that it’s not really an official policy.

“I realized using the ‘law and word of God’ might be unfair, regardless of my own beliefs,” Sheriff Ralph Kersey told the Laurinburg Exchange.

“But I also explained to [the FFRF] that there is and never was an official policy established. Any policy created here comes only after employees are asked to sign a document. This situation went no further than a text.”

Kersey said that he had a meeting with employees to “clear the air and let them know this would go no further.”

“I wanted them to know that we would continue to operate as we always have and as other agencies in the state do.”

An FFRF representative said that they took Kersey’s response to mean that the policy is rescinded and that “would address our concerns.”