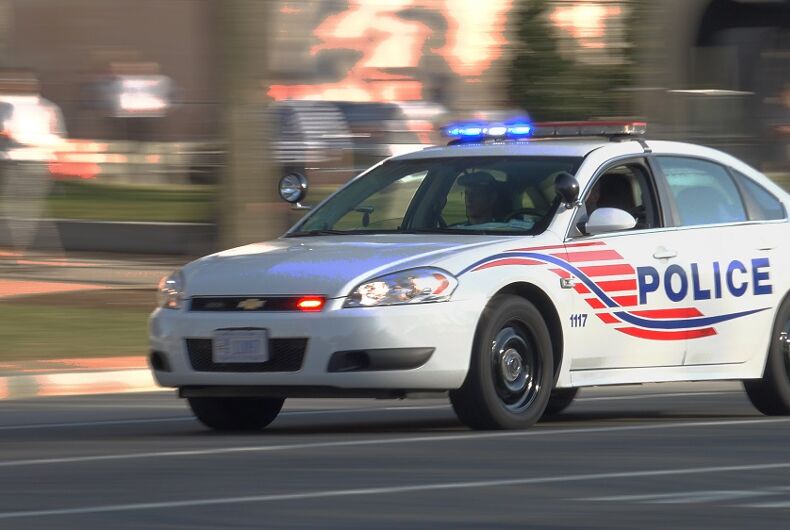 The Metropolitan Police Department in Washington, D.C. has acknowledged in a statement that they believe two trans women were targeted by the same knife-wielding perpetrator, who went on to rob them and stab one of them.

Both victims were lured to meet the perpetrator via the dating app Tagged. They both traveled to the same address, 4238 4th St., S.E., a Washington Highlands apartment building in the Southeast area of the District.

Related: He severely beat a trans woman. Now his lawyer has been thrown in jail too.

On Oct. 7, when the first victim arrived, the robber demanded held her at knifepoint, and he got away with her valuables and car. On Oct. 15, the second victim was targeted and also faced with a knife-wielding robber. She was stabbed and robbed for her valuables, sustaining non-life threatening injuries.

The car from the Oct. 7 assault has since been recovered. This robbery was also caught on surveillance footage, which has been used to visually identify an alleged suspect. The suspect remains unknown and at large. “The suspect in both cases is described as a black male who is 6’ – 6’2” in height, with a medium complexion,” according to the DC police statement.

MPD seeks the public's assistance in identifying a suspect in Carjacking and Robbery offenses that occurred in the Seventh District.

In addition to “investigating these cases as potentially being related,” the police statement specifically acknowledged that the victims were found on Tagged, an online social discovery app with over 300 million users. “In each of the above cases, transgender individuals were victimized after utilizing the…online application.”

Police further encourage anyone who can identify the suspect to contact the police by calling 202-727-9099 or texting the department’s TEXT TIP LINE at 50411. Crime Solvers is currently offering a $10,000 reward for any information leading to an arrest in these cases.

According to the Washington Blade, the LGBT Liaison Unit is partaking in the investigation with the DC Police’s Special Liaison Branch (SLB), led by Lt. Brett Parson. “The SLB supports community policing with communities that are sometimes underserved,” including staffing affiliate officers that work directly with community organizers, according to their website.