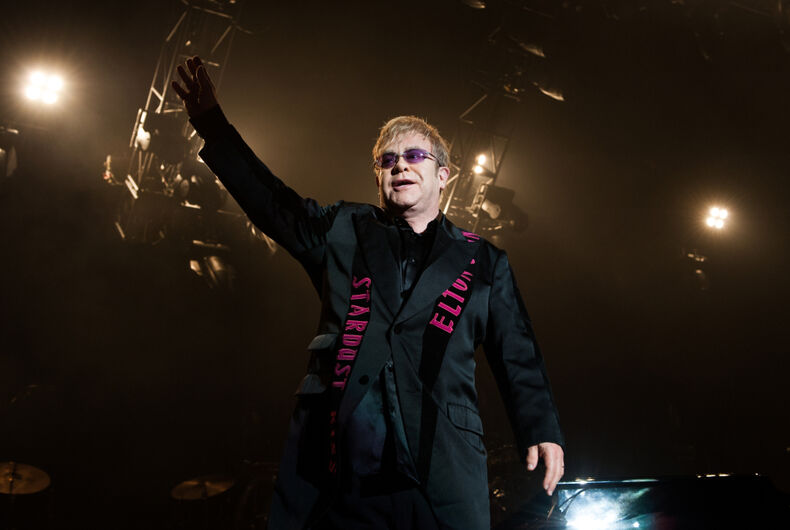 This month, Sir Elton John is embarking to middle America and Toronto for stops on his “Farewell Yellow Brick Road” finale tour. His first official autobiography, Me: Elton John, also comes out next week. In a preview of the book this Friday – the first of several being published in the Daily Mail – The “Candle In the Wind” singer revealed that his touring of South America almost cost him his life.

It started when John was planning his current farewell tour in 2017. That’s when his cancer diagnosis came down following a routine check-up. He elected to have his prostate removed rather than having chemotherapy.

“A lot of men won’t have it, because it’s a major operation,” John said. “You can’t have sex for at least a year afterwards and you can’t control your bladder for a while… [but] I didn’t like the idea of cancer hanging over me — us — for years to come: I just wanted rid of it.”

Related: ‘The Devil Wears Prada’ musical is finally coming to the stage with Elton John’s music

“I had the surgery done in Los Angeles in 2017, quickly and quietly,” he added.

The surgery left him with a rare complication that caused the lymph nodes in his body to leak excess fluid, causing day-to-day pain for the singer. He was in and out of hospitals for months.

John thought he was out of the woods when an exploratory colonoscopy by doctors inadvertently cleared the liquid, freeing him to not only leave the hospital but medically cleared to tour and perform again. A few days later, the singer turned 70 years old, and his husband David Furnish threw a party for him in Hollywood featuring performances from Stevie Wonder and Lady Gaga, and a video message from Prince Harry.

As he reembarked on tour, though, John’s health only got worse. Returning from South America on a flight from Santiago, Chile to London, John recalls that he “couldn’t stop shaking” and he felt “worse than I ever felt in my life.” He was immediately admitted to King Edward VII’s Hospital upon returning home and postponed several shows.

In his autobiography, John describes how his next 11 days bedridden in the hospital left doctors befuddled and John “praying for his life.”

“I was told that my condition was so serious, the hospital didn’t have the equipment to cope with it,” John writes. “I had to be moved to the London Clinic. My last memory is of hyperventilating while they were trying to find a vein to give me an injection… By 2:30 p.m,, I was on the operating table.”

“For two days afterwards, I was in intensive care. When I came round, they told me I’d contracted a major infection in South America, and that they were treating it with massive intravenous doses of antibiotics. But the fever came back. They took a sample of the infection… it was much more serious than they’d first realised.”

“There were MRI scans and God knows how many other procedures. The doctors told [John’s husband] David [Furnish] I was 24 hours away from death. If the South American tour had gone on for another day that would have been it: brown bread.”

John describes not being able to sleep over fear of his dying and never getting to say goodbye to his family again. “In the hospital, alone at the dead of night, I prayed: ‘Please don’t let me die, please let me see my kids again, please give me a little longer.'”

Eventually though, John was able to recover. He was discharged after 11 days and he spent almost two months at home “recuperating, learning to walk again.”

“So I was incredibly lucky – although, I have to say, I didn’t feel terribly lucky at the time,” he wrote.

In the released excerpt, John also describes other parts of his journey to full health in his recent years, including another near-death experience: Before his cancer diagnosis, a misdiagnosed ‘colon infection’ led to John performing and flying across the world on a burst appendix, which “causes peritonitis (an inflammation of the abdominal lining), which kills you within a few days.” Within a few weeks though, John had his appendix removed and was able to continue performing.

Luckily for us, John is now at full health and on tour for the final time. In the meantime, prepare for more interesting stories from the singer’s life to come to light on October 15, when Me: Elton John is released.

Election Day should replace Columbus Day as a federal holiday

Gay is the word: A history of LGBTQ bookstores around the world