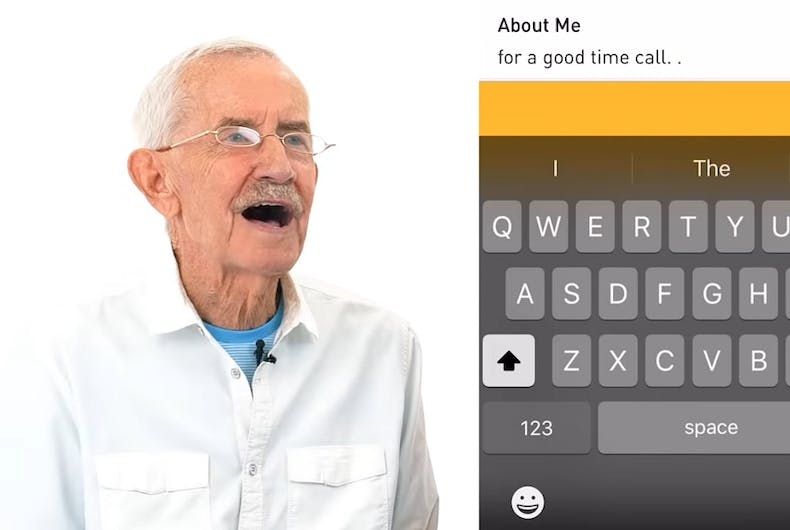 Four gay men of a certain age tried Grindr and the video is really cute. The “old gays” have tried a lot of things for Into – from gay slang to identifying pop stars. And now they’re giving Grindr a go.

One of them doesn’t have a smart phone, so he had to learn how to use one of those too.

Related: Walmart made a cute ad about a gay couple dating at a store. The right is outraged.

They’re all up for being honest about their ages and three of them are willing to discuss sexual positions, but one of them insisted on being discreet.

“You meet the most interesting men saying you’re discreet,” he said.

Now there’s some wisdom for all the boys out there.