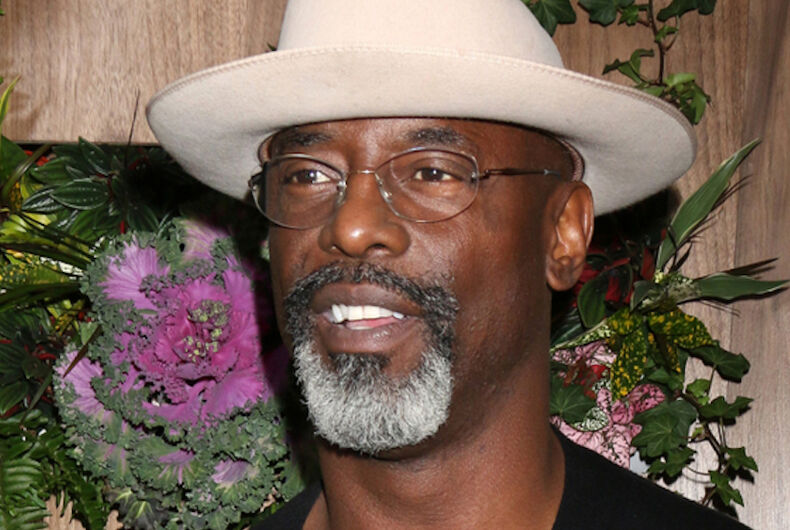 Isaiah Washington, an actor who was infamously fired from the TV medical drama Grey’s Anatomy in 2007 after he allegedly called gay co-star T. R. Knight a “f*ggot,” recently announced that he supports the 2020 re-election of U.S. President Donald Trump.

In an interview on Fox Nation’s show Nuff Said, Washington said that he felt Democrats hadn’t done enough for the black community, among others. He said:

“If I look at the political literature of the Democratic party over the last 50 years… and very little has changed in my community and just two blocks over from where I am right now then I have some questions, I got more than questions…I have empirical evidence that something is wrong.”

He added, “I think more Americans, in general, feel that way… The message is: it’s not just Black Americans, White Americans, Asian Americans, we’re not groups. We don’t have group meetings when we go to vote… We’re all individuals and you shouldn’t fall into one line of thinking,”

Trump often points to the reduced African-American unemployment rate as proof of his work for the black community — it’s a trend that started with his predecessor Obama and it doesn’t account for the lower pay and lower rates of home ownership that continue to economically disadvantage a majority of black Americans.

In 2016, Trump got eight percent of the black vote; Hilary Clinton got 89 percent. A June 30 Quinnipiac University poll showed that 80 percent of African American voters consider Trump a racist.

Washington has appeared in several films and TV shows including Get on the Bus, Spike Lee’s 1996 historical drama about the African-American led 1995 Million Man March. In the film, Washington played Kyle, one half of a gay couple whose relationship is on the rocks.

aussieBum underwear brand was liking Trump’s tweets. They claim they got hacked.