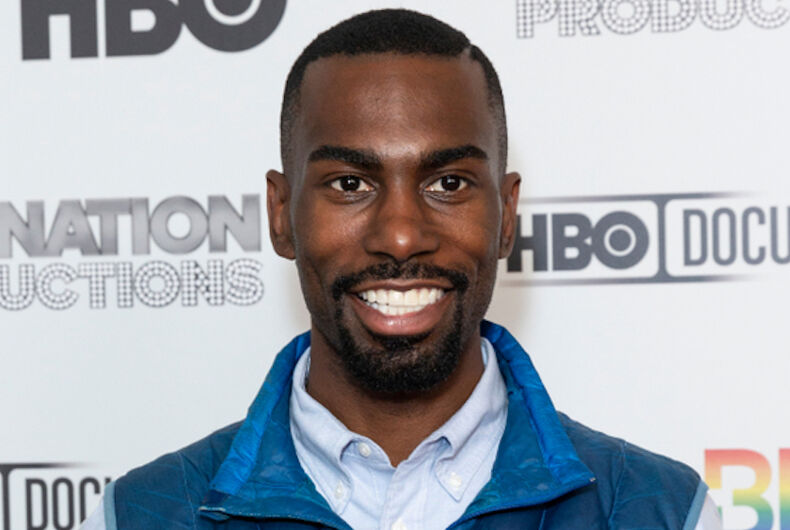 DeRay Mckesson, a gay Black Lives Matter (BLM) activist and host of the podcast Pod Save the People, is embroiled in an online feud with prominent BLM activist Shaun King. Mckesson and others have accused King of financial theft and mismanaging various projects that he’s overseen. King, in response, has accused Mckesson of deliberately lying and misrepresenting King’s record in a bid to gain attention.

In a Medium article filled with accusations, Mckesson claimed that as founder of the short-lived group Justice Together, King was secretive about his plans, amplified his own ideas over others, silenced or removed those who disagreed with him and then disbanded the organization when its board began questioning his leadership.

Mckesson alleges that King never filed taxes for the non-profit and that King skimmed some money from $10,000 in donations and a $17,500 grant that the group received. He also says King kept donations from an “Injustice Boycott” against cities whose policies harm people of color.

He further claims King fraudulently took credit for raising more than $34.5 million online since 2014 when in actuality, “He takes credit for 100% of all funds raised for any fundraiser whose link he has ever posted online, in an e-mail blast, or re-tweeted,” Mckesson writes. He adds that an Aug. 2019 financial report from an “independent panel” absolving King of financial mismanagement was completed by biased panel comprised of people with connections to King.

Furthermore, he says King started the group Flip the Senate to “reclaim the Senate in all 50 states in 2020. But in reality, only 34 of the 100 seats are up for re-election in 2020,” and adds, “Shaun noted that Flip The Senate would direct people to give directly to the candidates… but he is still asking for donations to the organization and not asking people to donate to candidates.”

While Mckesson praises King for his good social works and journalism, he writes, “The person who paints your house before he steals your car has still committed theft,” and continues:

“There is a formula that [King] employs when people ask questions or highlight contradictions: issue an unconditional denial, attack the character of the person asking questions, argue that white supremacists are attacking him or his family, respond only to the least salient of all points raised, then issue a statement akin to an apology.”

In a responding Medium article, King unequivocally writes, “F*ck you, DeRay…. You are literally accusing me of a crime. Stealing from families or fundraisers is not just shady, it’s a felony.”

King retorts to Mckesson’s allegation that the Aug. 2019 report of King’s financial dealing was composed by a panel of cronies by stating, “In DeRay is not just saying I am lying. At this point he is saying that everybody who wrote the report is lying and is doing so because they’ve been paid (they haven’t) or because we know each other.” King adds that the panel who compiled the report wouldn’t stake their professional careers on helping him steal.

“Is your argument that 46 families and 8 leading professionals came together to support the largest accounting of public fraud in modern civil rights history?” King writes. “And that you, professional Twitter sleuth, actually know the real truth? It’s gross.”

King says that Justice Together never filed taxes because it returned all $10,000 in online donations to their funders, though he doesn’t mention the $17,500 grant that Mckesson mentions. King adds, “The Injustice Boycott was never an organization and we never raised funds for it. DeRay says the accounting for it has disappeared. Again, we never raised funds for it.”

King adds that his claim of helping raise claims $34.5 million online since 2014 is merely an acknowledgement that King has used his vast social network to raise funds for individual families and other community efforts.

King also claims Mckesson published his article as a deliberate attempt to disrupt a Diamond Ball fundraiser that King threw with pop star Rihanna, and says that many activists see Mckesson as often trying to speak for communities that he’s not personally involved in as a way to boost his own public profile.

Franklin Graham continues to attack Pete Buttigieg for being a Christian