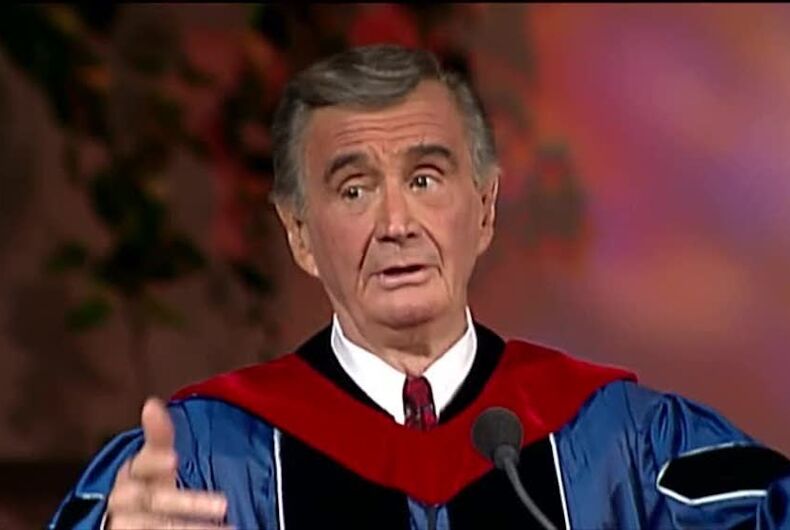 A federal judge has ruled that an anti-LGBTQ Florida-based church, D. James Kennedy Ministries, can be labelled a hate group by the Southern Poverty Law Center (SPLC) as a matter of free speech. Although the court didn’t decide on whether the church itself is an actual hate group, the SPLC says the church “maligns the entire LGBT community.”

The church and its corporate entity, Coral Ridge Ministries Media Inc., sought to sue the SPLC stating that the group “illegally trafficked in false and misleading descriptions of the services offered by [the group] and committed defamation against DJKM arising from the publication and distribution of false information that libels the ministry’s reputation.”

The church also sought to sue the online retailer Amazon because the SPLC’s designation rendered it ineligible for charitable donations through Amazon’s giving programs, as well as GuideStar, an organization that connects donors and grant-makers to non-profit organizations, for dropping the church from its services.

Judge Myron Thompson of the U.S. District Court in Montgomery, Alabama tossed out the lawsuit, basically stating that free speech rights allow the SLPC to label the church as a hate group if it wants.

The Miami Herald reports that the church was named after mega-church pastor D. James Kennedy Ministries, a man who co-founded the Moral Majority, a politically influential lobby that successfully tied conservative politics to evangelical Christianity in the ’70s.

Church spokesman John Rabe defended the ministry against the hate group designation, saying, “We believe that marriage is a central institution to society and it was ordained by God. [We] would not advocate any sort of violence or any sort of prejudice. We absolutely affirm equal rights for homosexuals and all other people. We believe in equal rights.”

However, the SPLC says that every church on its anti-LGBTQ hate group list spreads anti-LGBTQ messages.