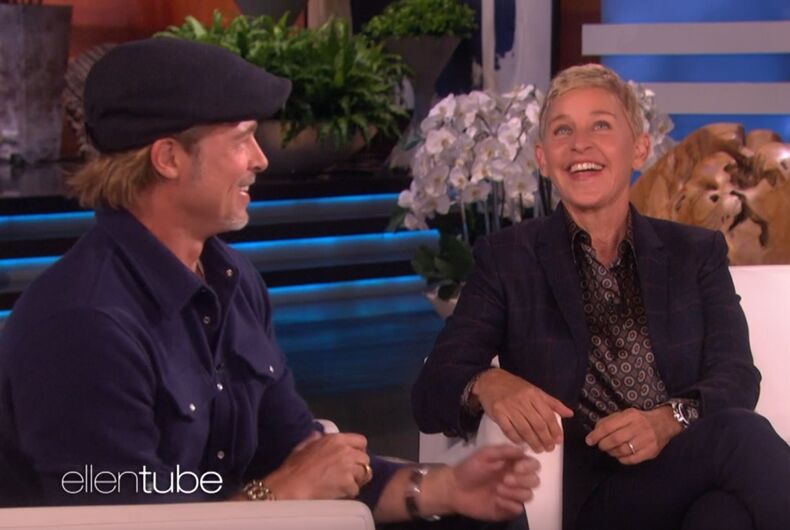 Ellen had Brad Pitt on her show today to promote his new movies Once Upon a Time in Hollywood and Ad Astra, and they immediately talked about when they met.

Even though they met before Ellen came out, Pitt said that they met at a “Melissa Etheridge pool party.”

“I think you were hitting on my girlfriend,” Pitt said.

“Was I hitting on your girlfriend? Really?” Ellen said sheepishly, apparently caught off guard.

“I think so,” Pitt responded, adding that he was “flattered” to reassure Ellen.

“I actually sense that I’ve dated another one of your girlfriends,” Ellen said. “We’ll talk about that later.”

“After the show,” Pitt promised her.

She hasn’t publicly said who their common ex-girlfriend is.