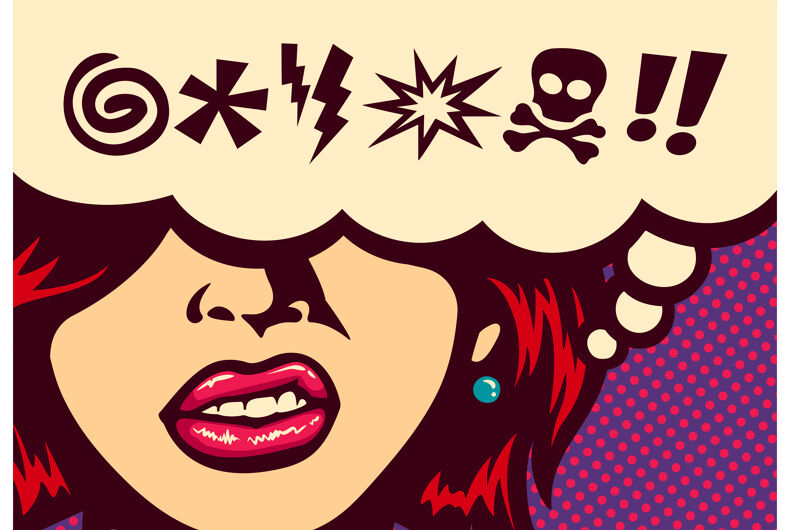 When Beto O’Rourke called out President Trump after the recent shooting in El Paso, using language normally avoided by presidential hopefuls, many criticized him for “going low” with his words.

According to psychologists Kristin Jay and Timothy Jay, however, he wasn’t showing a lack of language skills, but, perhaps, a greater command than one may realize. Their work, published in Language Sciences, disputes the idea that swear words are a product of a poor command of speech.

“A folk assumption about colloquial speech is that taboo words are used because speakers cannot find better words with which to express themselves: because speakers lack vocabulary,” reads the paper’s abstract.

The abstract continued, “a competing possibility is that fluency is fluency regardless of subject matter — that there is no reason to propose a difference in lexicon size and ease of access for taboo as opposed to emotionally-neutral words.”

The researchers looked at the language skills of 43 people in their late teens and early twenties, comparing both their general vocabulary as well as that specific to profanities.

The use of animal names is seen as an indication of a participants interest in language as well as their overall vocabulary.

What researchers found is that those who were able to list a large amount of florid language also excelled otherwise, and that fluency in vulgarities was lined to a strong vocabulary overall.

All the participants combined generated 400 swear words, representing 79 different “taboo word types. And yes, the first two most popular — f**k and s**t — were both uttered by O’Rourke in his now-infamous remarks.

Slurs related to sex and sexuality appeared at a lower level than the more general vulgarities.

So, if the news out of Washington, DC is leaving you more and more prone to swearing, fear not: you are simply building better language skills.

She met her wife at church so the pastor kicked them out. Then he sent them a letter.