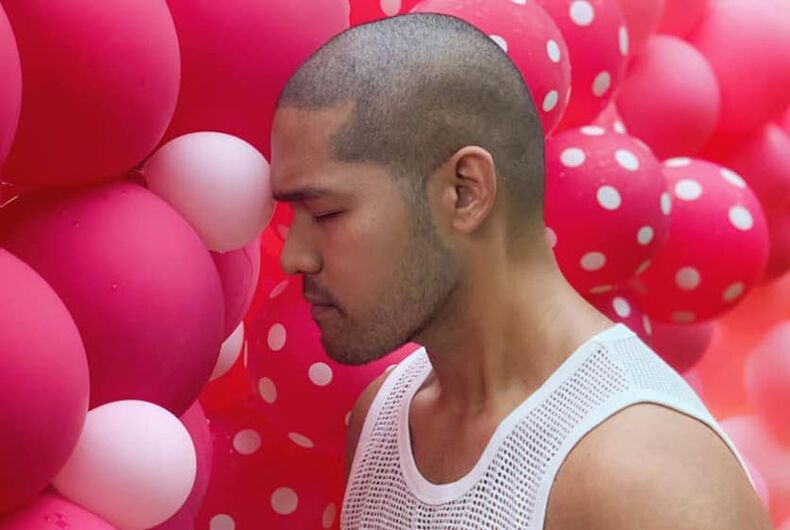 Joshua Simon, a gay radio DJ in Singapore, has refused to participate in a local TED Talk after its organizers asked him not to make “sensitive” comments about his sexuality, especially since male same-sex encounters are punishable by two years in prison in the predominantly Buddhist country.

Simon had wanted to discuss coming out to his father and changing social attitudes towards LGBTQ people, but a spokeswoman for Singapore Polytechnic, the school where the TED Talk was hosted, told Reuters:

“Joshua Simon was advised that certain references to his sexuality might be sensitive, given the diverse profile of the audience. The organizing committee had then suggested that Joshua Simon consider reviewing how these mentions are expressed in his script … Unfortunately, he decided not to speak at the event at all.”

“Upon discovering that my talk included LGBTQ+ themes, [Singapore Polytechnic] removed me from the speakers list. They urged me to edit my script and leave out any content in relation to it. I said no.

Many of you know how instrumental TED Talks have been for my growth. I treasured this opportunity and worked very hard for months writing and rehearsing for it. It would be against my principles to flip the gender of my ex when mentioning my breakup and to totally leave out my coming out story to my father – both of which are, and will always be, defining moments of my story.

To hide my struggles and sacrifices is to be ashamed of them. To honour my story is to be completely vulnerable on that stage.”

Simon said the school blamed their decision on federal guidelines set by the country’s Ministry of Education, but to accept their conditions would “set a hurtful precedence” for the next invited LGBTQ speaker.

A representative from the school reportedly expressed interest in meeting Simon to issue a formal apology, but he turned that down as he wanted to be alone and reflect on this moment.

“I am not angry at anyone,” Simon wrote, “I have accepted what has happened. This becomes part of my story now. Our stories matter. The fight to have them told continues.”

TED Talks in other countries have featured out LGBTQ speakers discussing the cultural implications of their personal experiences.

Tom Holland would be okay playing a gay Spider-Man, but don’t hold your breath