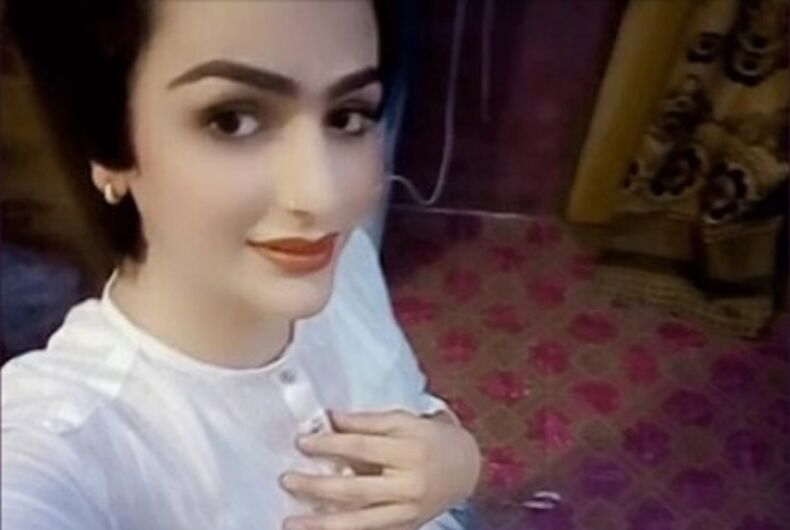 A father has been arrested in connection to the murder of his 19-year-old transgender daughter.

The father, Aurangzeb Akbar, went to a police station in Khyber Pakhtunkhwa, Pakistan, this past Saturday. His daughter, Maya, was staying with friends out of fear of violence, and they petitioned police for assurance that he wouldn’t harm her if she returned home.

Akbar told police that he would not harm Maya and even provided the authorities written assurance that he wouldn’t hurt her, according to local police. They noted that he was “upset” that his daughter was transgender.

Several hours later, Maya was found shot to death near a river in her hometown of Nowshera.

On Sunday, police announced that Akbar had been arrested. They suspect that others may have been involved in the killing.

Transgender activists are planning a protest in Peshawar.