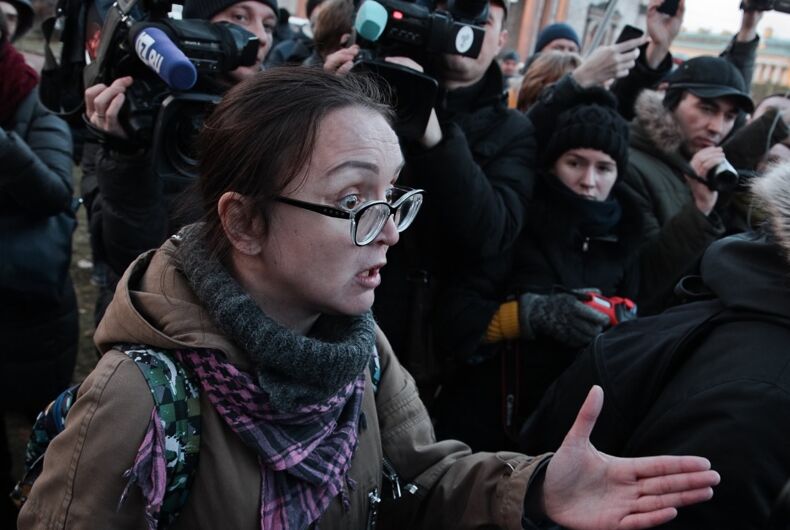 Eight stab wounds were found in her body, and investigators also found evidence that suggests she was strangled.

Activist Dinar Idrisov wrote on Facebook that Grigorieva had received death threats online and that she had “been a victim of violence” and was “regularly threatened with murder.”

She also said that her personal information was listed on a website that tells people to hunt down LGBTQ activists.

Activist George Markov posted a screenshot of the website on his Facebook feed. The website had an image of a noose, and Markov said it “has been threatening LGBT activists all over the country for a long time.”

Russia blocked the website last week, but police have been criticized for not investigating the sites’ creators.

The Russian Ministry of the Interior said that even though Grigorieva filed multiple police reports, “None of them concerned possible threats to her life.”

Dozens of demonstrators held pickets in St. Petersburg to commemorate her life.

“Yelena was killed because she was not afraid to tell the truth about the subjects that are traditionally,” said Marina Ken, one of the demonstrators.

White supremacists are planning another ‘Straight Pride Parade’ in California