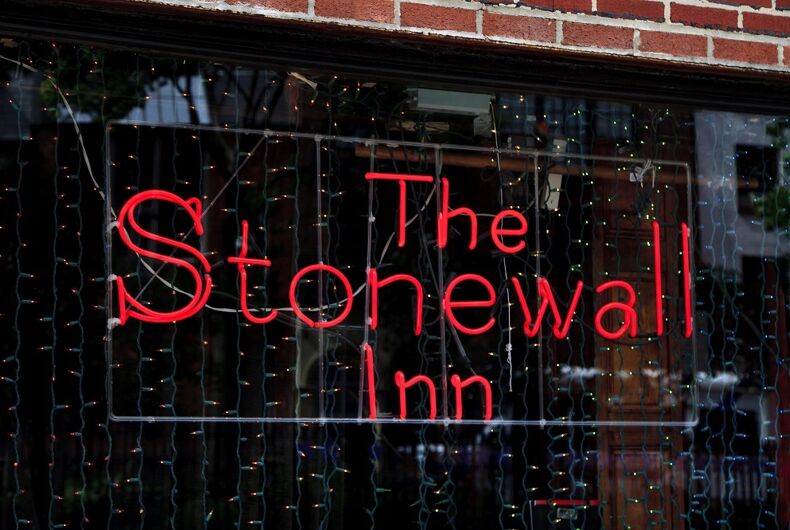 New York City Council Speaker Corey Johnson has called on the New York Police Department to apologize for the 1969 raid on the Stonewall Inn that sparked the Stonewall Riots.

This year is the 50th anniversary of the Stonewall Riots, one of the most important events in the early LGBTQ movement. The riots started after police raided the Stonewall Inn, a gay bar, early on June 28, 1969.

During a radio interview, Johnson said that the NYPD should apologize for raiding the bar.

“The NYPD in the past has apologized for other incidents that have occurred, so I think the NYPD apologizing on this would be a very, very good thing, and it’s something they should do,” he told Juliet Papa on 1010 WINS.

“I would love for it happen this month and I will bring it up to the police commissioner,” he continued.

Related: It’s official, the Stonewall Inn is a national monument

“I will have a conversation with [the NYPD commissioner] about it because I think it would be an important step toward further healing and reconciliation and recognizing what happened in that crucial moment, and not just in American history, but New York history in June of 1969.”

“The NYPD of today is much different than the department of 50 years ago, and a number of important changes have been implemented that bring the police and all the communities we serve closer together.”

O’Neill cited how World Pride will take place in New York City this year to commemorate the 50th anniversary of the riots.

Johnson, though, thinks that there’s “it’s never bad to apologize.”

“One thing that personally I do, is if I think I’ve made a mistake, I try to say I’m sorry, I was wrong and I learn from that because I don’t think there is anything wrong with admitting a mistake. It shows decency to recognize something that you may have done wrong.”

The executive board of Heritage of Pride, which runs NYC Pride, has called on Commissioner O’Neill to apologize for the raid in a statement that was unanimously adopted last night.

Last night, we voted unanimously to demand that the NYPD formally apologize to the LGBTQIA+ community for the violent police raid that triggered the Stonewall Uprising. We offer our stage at the Stonewall 50 Commemoration Rally on Friday, June 28, 2019 for Police Commissioner James P. O’Neill to do so on behalf of the Department.

Under Commissioner O’Neill, the NYPD has made significant strides in improving relations with LGBTQIA+ New Yorkers. But the Department has yet to take responsibility for the decades of police violence committed against our community in New York City. Taking responsibility and apologizing for this single event is a small, albeit meaningful step towards improving the larger systemic issues that continue to cause significant harm to LGBTQIA+ people, especially transgender people and people of color. It demonstrates what is possible for the future of our community and our movement.

Throughout the country and the world, LGBTQIA+ and ally law enforcement officers have become fixtures in Pride marches and parades. At the same time, calls have grown louder for those same officers, people who are proud of their work serving the community and their ability to live and work openly, to be banned from marching. In New York City, the Gay Officers Action League (GOAL) had to fight in federal court for the right to wear their uniforms in our own Pride March. And yet these same officers are expected to accept the consequences of actions they played no part in, despite the work they have done to affect change from within.

The Department owes it to their LGBTQIA+ officers to apologize. It will allow GOAL members to walk down 5th Avenue this June 30th, in the largest Pride March the world has ever seen, with a renewed sense of pride in their employer and their community. The Department owes it to this great city to show the world what New York style leadership looks like. The Department can never take back what it has done to LGBTQIA+ people, but it can and must take responsibility for it.

Commissioner O’Neill and the NYPD, the eyes of the world are on our city, and we call upon you to show what real change can look like.