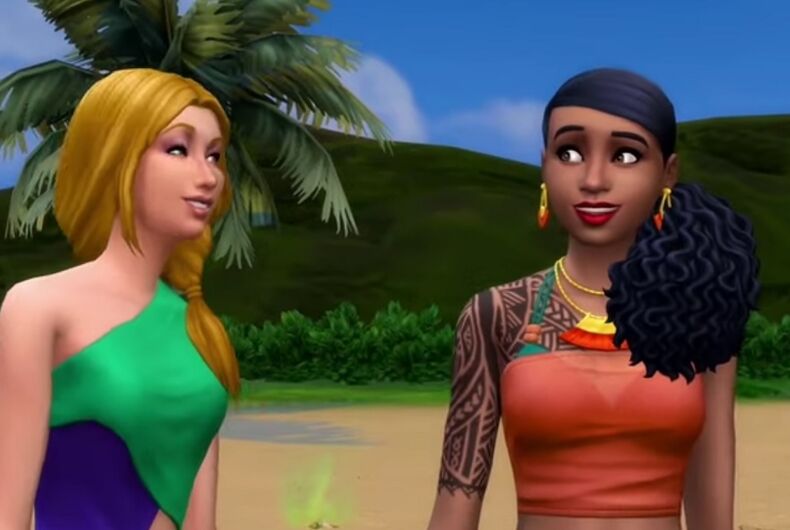 The Sims 4 is going to allow gender-neutral bathrooms in a new update.

The best-selling sandbox game has a new update coming out later this month. Among the many updates to the game will be a gender-neutral bathroom door.

The gender-neutral bathrooms were announced in developer Electronic Arts’ livestream this weekend.

The expansion will also introduce It Gets Better T-shirts and pride gear in game for Pride Month.

The new clothing options will be part of a partnership with the It Gets Better Project, an LGBTQ youth nonprofit organization.

Gender neutral bathrooms? On the Sims? A game where you can actually have trans ppl canonically? At least someone cares about us

I cannot wait until this update and expansion pack comes out on The Sims 4 to introduce gender neutral bathrooms in Pride update https://t.co/4jGw9B3rWK

k why is the sims better at giving us gender-neutral bathroom options than our society as a whole pic.twitter.com/cZ7OqzCKkv

The Sims is a franchise of life simulator games. They have already been praised for their LGBTQ-inclusivity, allowing transgender characters and relationships between characters of any gender.

The key to queer youth health & happiness is a supportive family