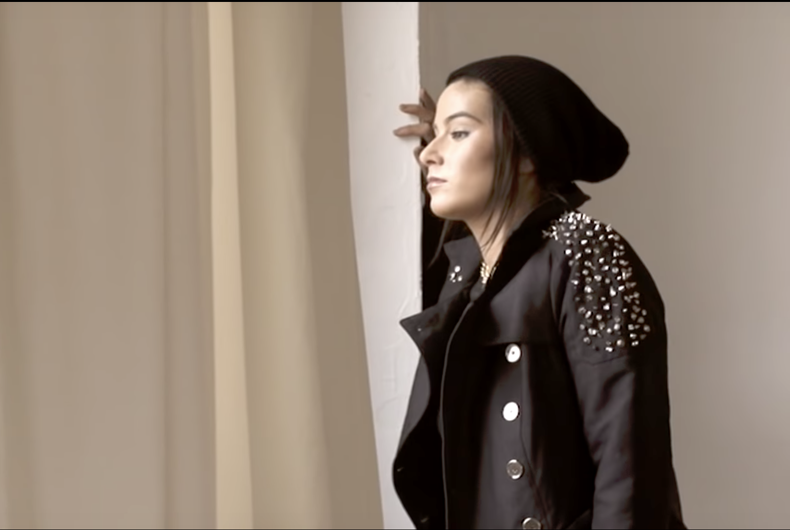 She King is a Mohawk Canadian singer from Toronto. Photo: Screenshot from "Mirror Me" music video

On stage, her name is just Shawnee or She King. She is a Mohawk Canadian singer and identifies as Two Spirit. Two Spirit is a term uses in Indigenous communities to describe individuals who are fluid with their gender and sexuality.

Two Spirit people used to be celebrated in Indigenous communities before European settlers colonized North America. Since the Indigenous culture relied heavily on oral teachings, many were lost when they were forced to conform to European ideologies. Since then, however, many queer Indigenous people are trying to rediscover their history and reclaim the term into their culture.

Talbot grew up in the Niagara region, and moved to Toronto to pursue her music career. As a kid, her music taste was influenced by Yanni, Beethoven and Melissa Etheridge. As a pre-teen she got a job as a Shania Twain impersonator.

Talbot has used her powerful voice as a form of activism. She advocated for social issues by creating anthems for youth and queer movements. In 2013, she released a song called ‘Mirror Me’, which quickly became an anthem which advocated for the self-identity struggle.

After this song was released, she was invited to perform at the 2013 New York City Pride Parade, just after Lady Gaga.

Talbot is also a motivational speaker. She uses her talents to speak up against social and cultural issues like youth mental health, self-identity and Indigenous representation.

Solidarity is a force stronger than gravity