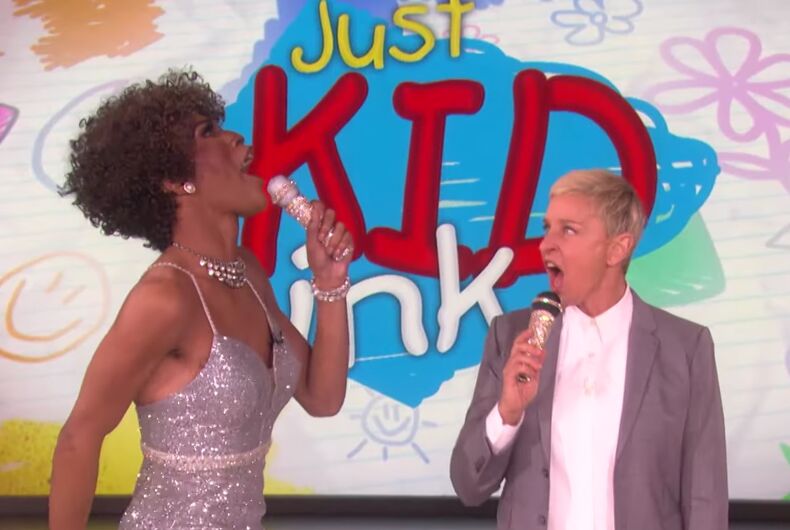 Ellen and a drag queen performed "The Greatest Love of All."Photo: Ellen

Ellen kicked off Pride Month today with a really gay episode. The episode was so gay it didn’t even make sense, but it didn’t have to.

First, she introduced a segment about parents sending kids to camp.

Whitney Houston’s “Greatest Love of All” – a song that RuPaul once referred to as a “drag queen classic” – started to play to introduce the segment, and Ellen started lipsyncing. Then a drag queen came out from backstage and lipsynced with Ellen.

The segment about kids at camp didn’t even happen because this was so much better.

Most of them were silly and fun, but the last one stood out: a giant, inflatable unicorn with rainbow wings. Astute viewers will notice that the wings were in the original eight rainbow flag colors, complete with pink and turquoise.

Out actor Matt Bomer appeared on the show and he talked about breaking his leg while skiing with his husband and his kids. He also talked about his upcoming movie Papi Chulo.