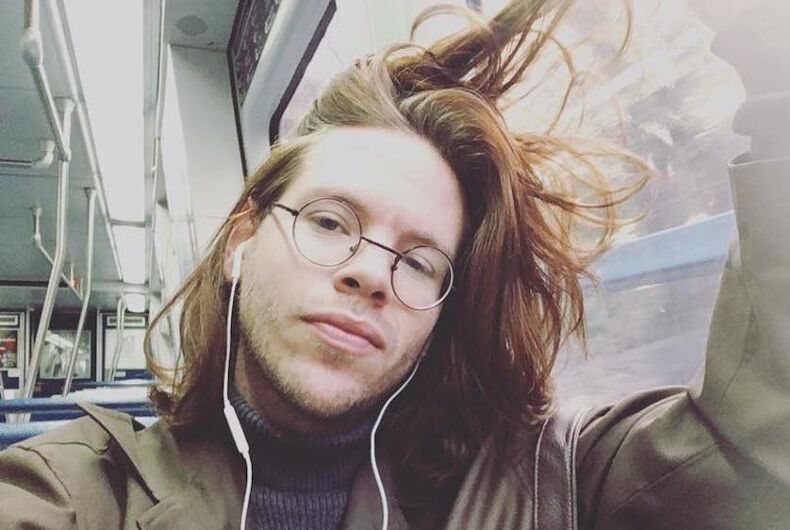 A 28-year-old gay social worker in Decatur, Georgia named Ronald Trey Peters died earlier this week when gunmen held Peters up at gunpoint for his bag and then shot him multiple times. His murderers haven’t yet been arrested, but police are investigating it as a “hate motivated” attack since the men allegedly used an anti-gay slur during the attack.

The attack, which occurred near a MARTA transit station this last Tuesday morning at 8:30 a.m., began when two men got out of a truck and put on masks while Peters was walking down the road.

A witness said one of the attackers told Peters, “Give me your bag, f*ggot.”

Then, according to the Atlanta Constitution Journal (ACJ), “One of the unidentified suspects shot the victim in the chest with a chrome pistol, then proceeded to shoot him again in the neck after he was on the ground and took his bag.”

The men allegedly fled in a maroon, four-door truck with a third person driving.

Peters was transported to a local hospital and pronounced dead. Police have yet to make any arrests but are continuing to investigate.

According to the ACJ:

Peters’ partner told police that an incident involving two men using the same slur against Peters had occurred one week prior. His partner said he “didn’t think anything of it and never asked about it,” the incident report said.

Georgia currently has no hate crime laws on its books though the State House recently sent such a bill for consideration in the Senate.

Brittney Griffin-Gilbert, Peters’ college roommate, told the ACJ, “Everyone’s been angry. [His murder has become] more about Pride Month or the fact that he was gay, and not about him as much. I’m more focused on the fact he’s gone, and I don’t have him anymore.”

L.A. Pride is planning to prepare for a terrorist attack