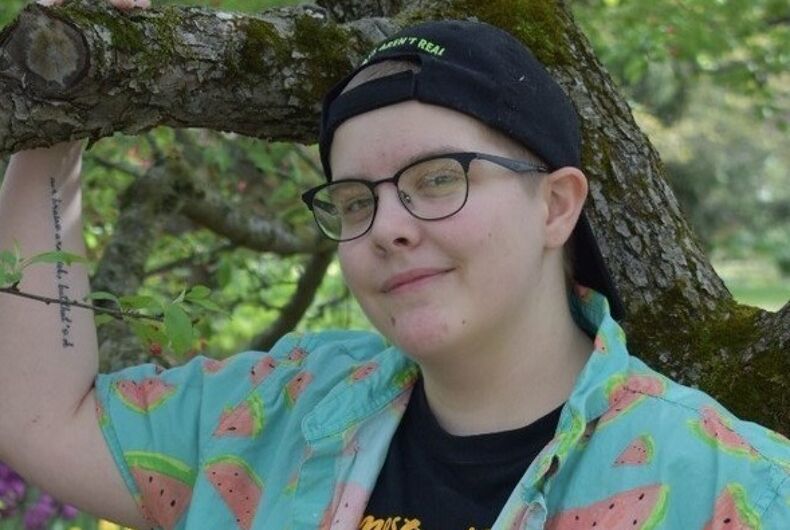 Update: The school has reversed its decision and decided to use the student’s chosen name. The original story follows below.

For the past three years, a transgender student in Fort Wayne, Indiana, has been going by the name Wyatt at school. And he hopes that that’s the name his principal reads at his graduation ceremony.

But his family was told that the Homestead High School Principal Park Ginder would be reading Wyatt’s deadname at the ceremony instead of the name his family, teachers, and friends use daily.

Wyatt’s father Brian Thomas posted a petition to change.org to garner support for his son. In the petition, Thomas said that the school’s administration cited an unwritten rule to justify calling him by his deadname.

“What is meant to be a celebration will instead be yet another moment of humiliation and embarrassment,” the supportive dad wrote.

Related: This trans teen had to fight to use his real name at graduation. He won.

“As Wyatt’s parents, we ask that our wishes be honored on behalf of our precious child. Call the name he will bear legally once the lengthy process of a name change is complete. Call him what his future university calls him. Call him what we and many others call him every day. Call him Wyatt.”

The petition has already gotten over 7000 signatures.