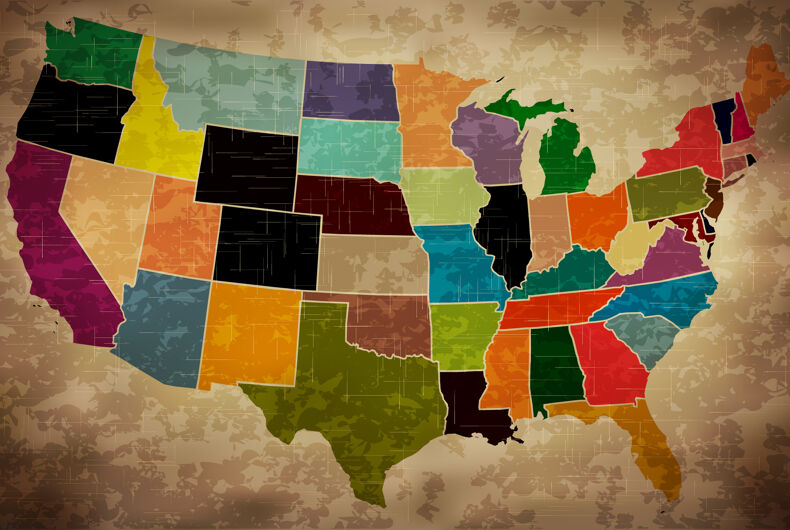 A report released by U.S. News and World Report ranked all 50 states on over 70 metrics, in an attempt to show which ones were best — and while they focused on infrastructure, stability, and opportunity, one other thing seems clear: the states at the bottom of the list supported Trump in the 2016 election, while Democratic states take the top spots.

The Gulf Coast swept the bottom of the ranks, with Mississippi, Alabama, and Louisiana in 48th, 49th, and 50th place, respectively. Trump scored strongly in all three states.

Alabama, by passing the most restrictive anti-abortion bill in the country yesterday, may be vying to take Louisiana’s position the next time.

The same was true in much of the bottom ten. Meanwhile, at the top of the list are solid blue states like Washington in first and New Hampshire in second. Third-place Minnesota completes the trio.

It’s a little less solid at the top, however, with Trump-supporting Utah up fourth, but strong blue states like Vermont and Massachusetts can also be found in the top ten.

What’s more, the states that did the best tend to have strong LGBTQ protections in place, such as Virginia, who’s senate passed legislation to prohibit discrimination on the basis of sexual orientation or gender identity in January of this year. They’re ranked 7th overall.

You can compare a lot of the state’s rankings by comparing them to the HRC’s 2018 State Equality Index, particularly amongst their lowest ranked states like the aforementioned Alabama, Louisiana, and Mississippi, and including other bottom of the list states such as Alaska, Arkansas, Oklahoma, Pennsylvania, and South Carolina

Of course, there were plenty of other statistics that U.S. News and World Report looked at, including natural environment or the fiscal stability of those who reside in the state in question — but should it surprise any of us that states who are bluer and just that much better overall?